Does anyone know if PENFED seriously looks into reconsideration of loan denials?
My situations is such:
On 4/16/08, my EQ score was 716. About a week later, a previously deleted item was placed back on my credit and caused a 99 point drop in my score.  And since then, several  unauthorized inquiries have been placed against my credit. I contacted the CRA and placed a fraud alert to prevent anyone from hurting me any worse than they already have.  All the items are presently under dispute.
I called PENFED and the CSR told me that I could fax a letter in stating what has happened.  I was wondering if I should possibly send in a copy of the report dated 4/16/08 to substantiate my claims. Has anyone heard of PENFED reversing a  previous denial.  The same thing happened when I applied for a Chase cc.  They denied me but when I called for a reconsideration, it was approved. 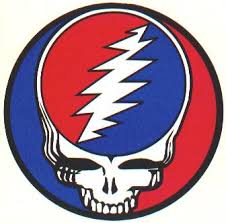 Is length of time accounts have been established really a verifiable reason?  My present score is 714.  The credit profile is not very strong but it shows some established credit.
Message 3 of 3
0 Kudos
† Advertiser Disclosure: The offers that appear on this site are from third party advertisers from whom FICO receives compensation.