How soon to apply if I am not employed yet?

How soon to apply if I am not employed yet?

I just got an email from my attorney about the charge-off. Happy at last.

1. I am currently interviewing and will be employed within a month. Should I wait before I am hired and have worked for some time before I start applying for cards\loans\etc. to begin my rebuilding journey or should I start ASAP?

2. One of the cards, PenFed, that was discharged (with a balance of 20K) had my ex-wife as a co-owner. We initially thought she was an AU, but then realized she was a full owner on the card. I didn't want her to suffer so I was hoping they won't go after her. How can I tell if PenFed is done and won't go after her? Is there a timeline before I am sure? I pulled ACR and CreditKarma reports shortly and PenFed shows as zero balance, account closed, discharged, etc. Does that mean anything or can they still go after her?

3. There is a Volkswagan entry, not exactly sure why it's included in the Bankruptcy, but the account is owned by my ex. It's our car from when we were married. It was a lease, which we then bought out, and I kept the car, have always paid for it, and still pay for it. Credit Reports show it as "included in the bankruptcy. I understand that everything has to be included because I was paying for it so I had to show it, but do I need to do anything about this? The loan is current, still owe about $10K on it, never been or anything. Just curious why it shows up such as it does. 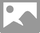 Re: How soon to apply if I am not employed yet?

I would wait until you're actually receiving the income that you're reporting on your apps. Misleading a financial institution is a crime.

Re: How soon to apply if I am not employed yet?

I am sorry for what you're going through. I can't speak for the first concerns but from experience the bankruptcy petition will include all creditors (past/present/paid) on your credit report, just incase something is owed.

For example, when I filed, I previously had a vehicle financed with Wachovia Bank (they've been long gone and bought out by Wells Fargo) although I have an entry on my bankruptcy petition for Wachovia.

Message 3 of 3
1 Kudo
Reply
† Advertiser Disclosure: The offers that appear on this site are from third party advertisers from whom FICO receives compensation.