So I've benefited greatly from the advice on this forum as I kickstart my credit journey as a newcomer to the US, and I guess it's time for me to give back with some data points!

Three months ago I moved to the US for grad school and from the start I had heard through the grapevine that having/building good credit in the US was essential for long term success so I guess I already had that at the back of my head.

Started out applying for the BoA 3-2-1 Cash Rewards (student version) at a branch and was summarily rejected after checking the status via phone - not a promising start! A week later the letter came and it turned out that I had been counteroffered the secured version with the reward structure and $0 AF intact so it was a no-brainer to accept, at least it was an "in" with BoA that could grow given time. 2 HPs on TU (once for the secured, once for the unsecured)

I also knew that adding a second card to the mix would be advantageous so since I was partially spooked by the BoA rejection, I threw my hat in the ring for a Discover Secured - figured the rewards would be decent as well especially given the cashback match. The additional credit wouldve also helped me to manage util%. Approved - no surprises there - but it was quite a while before I could use my card since Discover wanted to verify my identity. 1 HP on EX

Initially thought I was going to garden for a while (and I did, for two months) but fast forward to today - my statements had cut a couple of days back and I now had some history. Read here that Amex is kind to thin files and saw a post by someone who got in with Amex with one month of credit history so I took a leap of faith and clicked the button. I really wanted an "in" with Amex and I had my sights set on the Hilton Amex - a low-maintenance (and the only) no-AF, no-FTF card. I would be travelling over Christmas and I wanted a fee-free card with higher acceptance than Discover - I already had a fee-free Revolut debit card from back home to plug any coverage gaps even after the Amex so Amex it was. Helped also that Amex doesn't participate in the mess that is DCC that plagues the travel industry today.

I should also mention that this was a cold app - been checking the Amex prequal portal on and off but no dice.

And to my (pleasant) surprise, I was approved with $1k SL! Managed to get a 95k points SUB as well after using incognito. Was pretty happy as this was technically my first unsecured TL and I now had a relationship with Amex that could grow given time.

It did cost me a double pull on both EX and TU but I was intending to garden going forward and well I got approved so...

Interestingly enough, the first card I applied for was Deserve and they denied me - though no HPs as I didn't have a SSN at that point. Doesn't matter; I'd like to believe that I have three pretty solid cards at the moment

No FICOs yet since credit history is less than six months old but FAKOs are around 680 as shown on CK. Time to run off to the garden for a while - I'm intending to save those last two 5/24 slots for Chase cards once the credit history's matured a little more.

tl;dr: BOA, Disco, Amex within 3 months - w/ what some might consider toy limits but they'll grow

Hope this is useful for anyone else in my situation, and pointers are always appreciated! 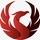 Congrats!  Did you get the Aspire with first year AF waived?

Nah, it was the vanilla entry-level Hilton card - didn't think my nascent credit profile could support such a top tier card at this time. Even then, I only found out about the Aspire first year free offer from this board after I clicked the button - d'oh!

Congratulations. 3 great cards out the box. Amex is very kind with CLI, BOA will grow in time, and Disco is like "dancing with the stars".
Ever need more cards ask Amex 1st. Sp for every card every time.
Message 5 of 14
0 Kudos

Congrats! Definitely on the right path for growth! Hit the garden for a bit and grow these cards!
Bourbon and bow ties.
Current Cards:

Congrats. Just a heads up down the road with your BOA card. After about 6 months, I would call BOA and ask them to graduate your card to a non-secured card. Make sure from now until then you pay your bills on time and in full. You should be able to graduate your card and product change it to another card of your choice within the BOA family. I had 3 CS people that didnt allow me to product change to the Travel Rewards card which is a simple no AF, no FX card. It was only after I called to shift all of my limit on the recently graduated card (and close it) to my new Travel Rewards card that they told me I could have just done a product change in the first place and not burn one of my 5/24

@Heatt99 wrote:
Congratulations. 3 great cards out the box. Amex is very kind with CLI, BOA will grow in time, and Disco is like "dancing with the stars".
Ever need more cards ask Amex 1st. Sp for every card every time.

Ditto on this. 3 cards out of the box is nice! They will age nicely together. Make sure you are on top of your payments, setup credit monitoring, and make auto-payments.

Congrats on the success!

Message 10 of 14
0 Kudos
† Advertiser Disclosure: The offers that appear on this site are from third party advertisers from whom FICO receives compensation.