Nice job with that haul! Congrats.

Congrats on all your success

Congratulations on your 3 approvals!

I did a little app spree on Monday during my post-divorce rebuild. Not the best results, but it's a marathon, not a sprint and I'd say I did alright, considering that.

Discover IT.  $1,000 limit. It just graduated from secured with $450 limit to unsecured with this limit last month. I did not request an increase. Charged $900 on it, PIF, and now has about $400 on it which I will also pif before second statement date on the 15th.

capital one quicksilver. $600 limit. It's been at this limit for 7 months. Requested a CLI at 6 months and was declined for having been adjusted too recently, and too many inquiries. (I had 3).  I think this one must be bucketed.  Idk.  I use it regularly, pif several times a month. I'll give it a little while since if they were worried about 3 inquiries, I'm sure they'll be worried now.

kay jewelers. Had a $1500 limit.  Card used for a purchase with promotional 0% rate and pif. Can't request CLI online or phone, have to go into the store. I happened to be near a store Monday, so I decided to try.  No pressure to purchase anything, just had to show ID. Soft pull, $800 increase to $2300.

comenity Victoria's Secret. $150 limit. Basically useless. They auto increased it to $250.  Still basically useless, but at least it's an increase...

comenity j crew. This one idk. I've had the account 3 years, regular use, regular pif. They decreased my credit line to $100 after my last payoff. Never late, no major score changes. Nothing out of the ordinary, but that's where it is. I've not used it since. Debating between buying a pair of socks every 6 months or just SD until they close it.

And now for the app spree...

Applied for and got these ones--

--amazon $400 5% cash back is good.
--Tire Doscounters- $800.  I have 4 cars, so car maintenance card is good to have, they're a local store, and promotional financing rates. I need tires currently on my Camry so it will probably be used.

--CareCredit- $2350.  I've got 6 kids. This will come in handy for sure.
Applied for Lowe's and got declined, so..  I guess maybe I'm blacklisted. Not sure.
Applied for FordPass rewards visa from FNBO.  Should have read here, but I'm sure it's a decline. 7-10 day message.

checked prequalified links for capital one, discover and Amex, with nothing found. Credit one has a very good chance of approval according to credit karma, but I'm not interested in that one. I figure if my discover and quicksilver have no annual fee, why would I want a card with worse rewards AND an annual fee?

I think that even though all my approvals were with synchrony that it was an eventful day. Helped my util anyway. I'll now go back to the garden to let these do their thing for the next 6 months or so and then hopefully will be able to get some good cards.

Congratulations on the approvals and the sweet CLI's! I'm with you about the card with fees. We're in that just still a wee bit low side on our new nicely improved, just not quite there. Patience, right? I'm a seedling 🌱 along with you in the Garden Club 🪴🪴🪴.

I like your reasoning for the Tire store. Thank you for sharing so many of your DP's with us. 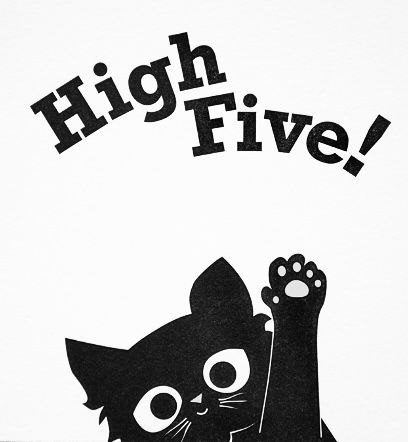 Sounds like those CC's will be very useful to you.

Message 18 of 18
0 Kudos
Reply
† Advertiser Disclosure: The offers that appear on this site are from third party advertisers from whom FICO receives compensation.