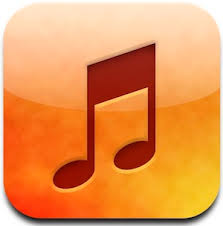 On 1/1/13, my BofA secured card graduated, 3 days before the next statement closing date. This was a nice little surprise - 3 days is not awfully long, but my card still graduated early without my request! It was strange though, that BofA also made a mid-cycle report showing a balance from several days back, before I paid off the balance on the 29th. As a result, my Score Watch score took a small hit. I suppose that the normally scheduled statement closing will reflect the 0 balance anyway, so I'm not really complaining.

I'm just glad not to be looked down upon for having a secured card by the likes of Chase.

its also a pity that chase does not factor store cards

at least that's what they told me.

Did they rerun your credit?

Did they rerun your credit?

For the graduation? No, I don't think so.

its also a pity that chase does not factor store cards

at least that's what they told me.

Yeah Chase is very peculiar in evaluating creditworthiness. Now that my card has graduated and length of history hit the 1-year mark, I want to exploit their products as much as possible for all the hard times they gave me lol.

I had the annual fee removed today after calling the number: 866-421-8153. I called the credit department at 800-432-1000 first: it was a complete waste of time; the so-called "account manager" was uninformed and totally useless. The credit analyst at the 866 number immediately addressed my concern and removed the fee; I was so astonished at the speed at which this was done that I asked him to confirm multiple times. Many thanks to him and to the person that put this number in the backdoor numbers thread: http://ficoforums.myfico.com/t5/Credit-Cards/Backdoor-Numbers/td-p/408066 . I'm also grateful for those on this board that have successfully requested this type of product change in the past and shared their experiences.

I wanted to add that my secured card actually graduated on December 28, 2012, more than a week before the 12th statement was cut; this is why my pre-payment balance was reported to the CRA's. December 28 is the date on the notification letter that BofA sent me, but my credit monitoring services did not detect a change until January 1st, 2013.

So all in all, I had an extremely positive experience with BofA's secured card; for the 12 months using the card, I accumulated $200 cash back, which I redeemed for $220 in my BofA checking account. The card graduated before the promised date, and I was able to have the annual fee removed after the graduation date.

The only thing I have to complain about this card is the fact that it is reported as a secured card, which was one of the reasons Chase denied me a Freedom when I had 10 months of credit history.

Despite this, however, I have been approved for quality cards and have built a solid foundation for my credit profile. At the moment, the card having started out as a secured card no longer affects my credit profile, as it will be reported as a regular card. I am proud to have the BankAmericard Cash Rewards in my credit profile for many years to come, possibly forever.

Congrats on your success!

If nothing comes up on Monday, I'm gonna try calling the # you provided

Thank you for sharing your experience~

Message 7 of 7
0 Kudos
† Advertiser Disclosure: The offers that appear on this site are from third party advertisers from whom FICO receives compensation.