So, I posted the other day that I had received a preapproved mailer from Fifth Third for a Truly Simple Visa. Being the non gardener that I am, I took the bait and bit. No instant approval, instead I got this screen.  Looked like I had been approved, but no mention of SL. Called in this morning, and asked if I was approved, and what the SL was... CSR came back and said that I was approved for fifteen(and I was somehow thinking she was going to say hundred, and then I would’ve been fairly pissed) thousand.. Not too shabby from a preapproval... especially since the same bank denied me for inq. In August... 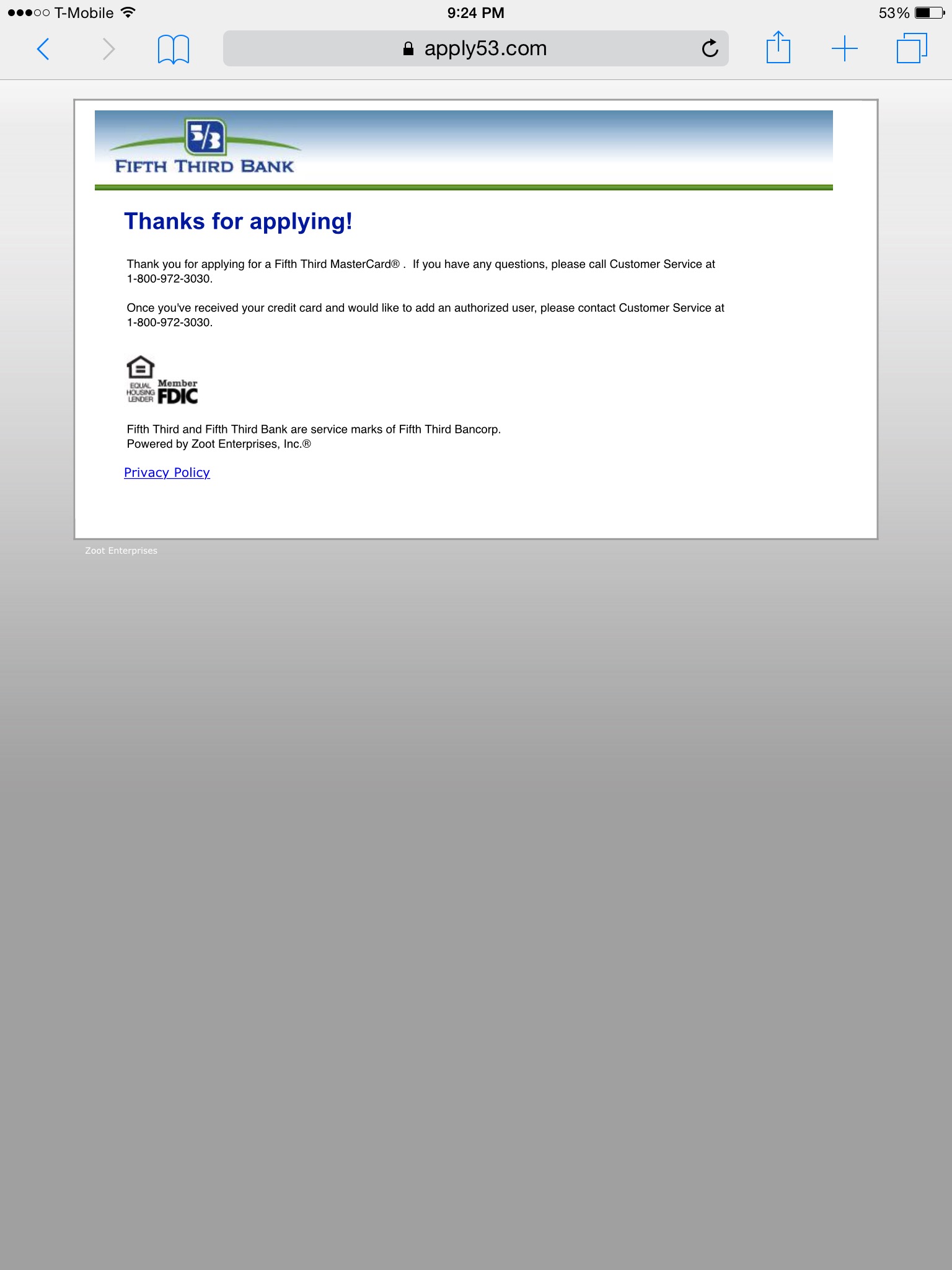 Congrats! That's a great sl! Assuming they pulled TU, and anyway you can confirm they are using FICO 9 scoring.

Congrats to you!! Nice SL as well.

Fire meet Tire Guy, as in you are on

Yes their peapprovals per mail offers are solid.

Congratulations on the card account approval and good start line too!