I opened this account in December 2017, when military shopping privileges were extended to veterans. I previously had a Military Star card from October 2001 until July 2013. The original account was closed in 2013, when it was discovered still open. The account should have been closed when I exited the USMC in November 2005. I had a pretty good under the radar run making purchases online. I got my first auto CLI in November of 2018 and have seen auto CLI's every six months or so since then. As information, this card is now available to any honorably discharged veteran. 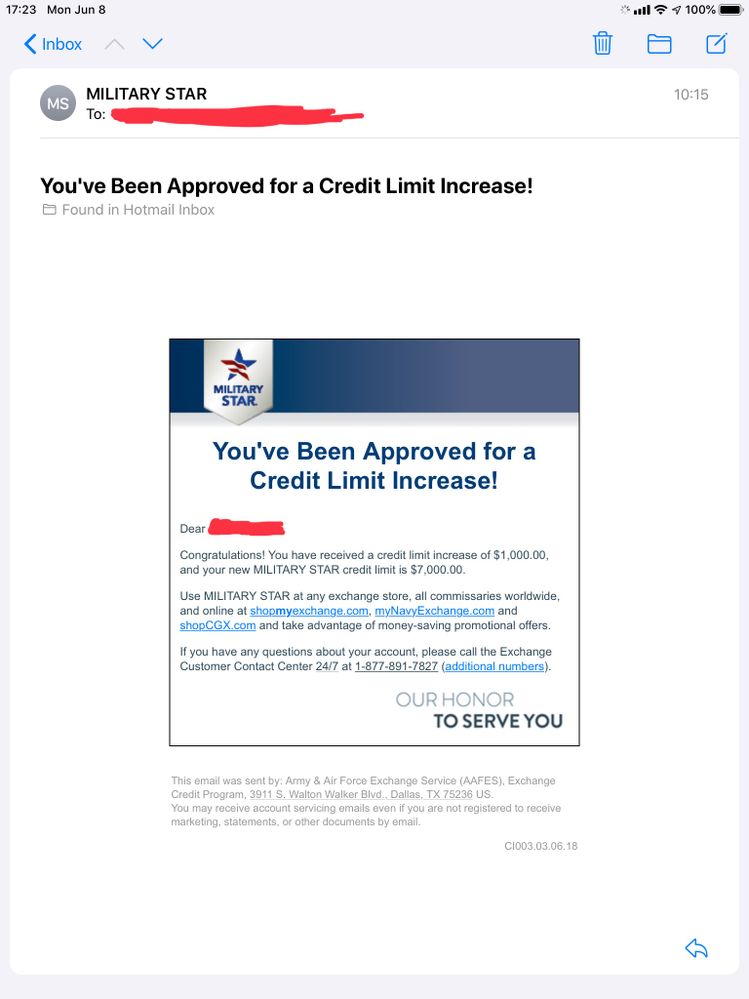 A big congrats @nuohlac  on the CLI!

Congratulations on your PCLI!

Congratulations on your Military Star auto-CLI!

Congratulations on your CLI!!

@nuohlac  Veteran to veteran, Thank You for your service!

Military Star approvals/CLIs in quite some time, so we appreciate the DPs.

Congrats again, and thanks so much for sharing!!!

Message 10 of 17
2 Kudos
† Advertiser Disclosure: The offers that appear on this site are from third party advertisers from whom FICO receives compensation.