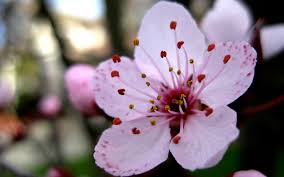 Pretty happy right now, I must say. Have I mentioned I love these forums? Cuz I do. It's so amazing how much I've learned on here and how much I continue to learn. So, I've been trying to get a bump in my CLs and make my way into the 5 figure CLs across the board and I can honestly say I've made a HUGE amount of progress this past week!

Still waiting on a couple answers but here's what I got:

I'll be ECSTATIC if I get CSP approved. Hoping to app for another CLI with Penfed within the 90 days to maximize the same HP, but may also app for their PLOC. Overall I'm pretty content with 4 HPs yielding over $60k in additional credit. Baby steps! No more HPs for a while though

Updates as of 4/20/16 in blue. CSP won't be happening due to 5/24 rule, but that's ok. I'll wait it out for another time. Chase still made me happy due to the $25k CL on Marriott, so overall I'm stoked! Thanks everybody who helped make this happen!!

How long have you had the chase freedom?

congrats!! I'm rooting for you on the CSP too!

How long have you had the chase freedom?

Thanks! I opened my Freedom in January 2014. I had my identity stolen and 2 of the fraudulent accounts opened by the evil schemer were Chase, so after providing A LOT of documentation to them to prove those accounts were fraud and STILL having to settle debt that wasn't even mine, they gave me a Freedom card with a measly $500 CL. After 6 months, when I apped for the IHG WMC, I also apped for a CLI on Freedom and they bumped me to $3500. I use the Freedom off and on based on the quarterly promos and usually PIF. Some months I've had a zero balance. I was shocked they gave me the full $15k I asked for, but pleasantly so! Now I kinda wish I asked for more but I'm still hoping the CSP gets approved

Congrats on your success !!!

Apped last week for the Citi Prestige card after realizing my odds of a CSP approval were dim. It was a day after a mini-app spree when I did the Citi app. Was told I was denied due to too many inqs the day before (there were 4 total, 2 were from Chase), and I told the CSR that half were from CLI requests on existing accounts and the other 2 were from me trying to get new car insurance. He advised I re-app in a few months cuz otherwise my credit looks great. He said he'd submit for a recon, but when I called status line the next day, it still said my app was denied.

SO, I called the EO number from the backdoor sticky yesterday, spoke to an insanely nice lady, explained the situation to her, and she said she'd have them take a look and get back to me 2-3 business days. This morning I just got an email saying I was APPROVED for a nice shiny new SL of $17,500!! I was scared Citi could be a little stingy when it came to SLs, but I'm very pleased with this one!

Message 10 of 23
0 Kudos
† Advertiser Disclosure: The offers that appear on this site are from third party advertisers from whom FICO receives compensation.