After deliberating what to app for after the last years preparation, it was boiled down to one with each of these credit unions, in prep for next year.  You can read some of the back story for the selection here: http://ficoforums.myfico.com/t5/Credit-Cards/How-aggressively-should-I-app-Charge-Off-anchoring-scor...

A bit dissapointingly I saw no movement in the scores of the myFICO 3B report this month (lots of scores in the 2nd post below), but I went ahead with it anyway, I couldn't stand delaying any longer in hopes of getting some more influence from the SSL (some details on the SSL in the main thread on that, around pg98 I think).  I apped for membership with Penfed on the 14th, and apped for both cards on the 15th.

Instant approvals -- a huge relief with a CO hanging over the reports (WF card, ~$7k, 6.5 years old) and a couple other derogs on the EQ that Penfed pulled (rental agency colleciton ~$1.5k, and a paid off student loan reporting some 120 day lates (not sure why this one didn't dissapear with the rest of them, but its true, so I havent disputed it or anything)).

NFCU Platinum - most of their offerings have meh rewards, so I went with a CC that regularly makes it easy to BT on a low or 0% APR in the event that I ever do need to carry a balance:

Preexisting relationship consisting of membership in April, and a $5k SSL paid down to <9%.  Not sure which report they pulled, I haven't seen an alert, and the terms were favorable so I might not get a letter.

Penfed Power Cash - simple 2% cashback (with a checking account, also opened after the CC was approved)

No preexisting relationship, membership submitted the day before.  I had to call in to get #'s so I could even set up an online account and submit the CC app.  They pulled EQ as expected for the membership, easily my worst report, and I expect that the rest of the automatically approved apps were using the same data.  It took 2 days for the account to appear in the online profile. 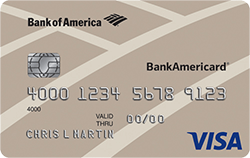 I also did a SP CLI increase for my BofA BankAmericard, from $2k to $3.5k.  Not impressive, but for a SP its fine -- still a 75% increase, nothing to grump about.  Just a few months ago it was a secured card ($2k secured, automatically graduated with no CLI, late March -- took them 15months to graduate it).  They HP'ed EX in the past for applications, and provide a TU score to me monthly, I'll try to figure out which one this might have been.

Very happy with the outcome of those apps.  Some very good limits consdiering where I have been.  It's all a big relief with a major derog, and a couple others, looming over a thin file.  At least half the reason codes I see are based on thin file related items.  I wasn't even sure I'd make the cutoff for Penfed and their difficult to estimate NextGen score.

I should be on a good road toward favorable auto loan terms next year.  I'll be gardening until then.

Scores 2 days prior to the day of card applications (no activity other than HP for Penfed membership on EQ afterward):

As you can see, the model 8 scores are generally my worst, with both older and newer models looking better.  Perhaps they're more forgiving of either the derogs or the thin file.

As I understand it, the internal scoring model for NFCU trends with the old Bankcard 4 score.  I estimated it recently around 380, but I don't think I'll get to see what it really is, since I qualified for the lowest available APR -- others have reported not receiving scoring notice when they were prime.  I was surprised that I got a FICO 9 score right away from NFCU with the CC, I had the impression that it would take a month or two, but nope.  I interpret "too many accounts with balances" as my ONLY reporting revolving account having a balance.:

The info I got from Penfed right away says my ?NextGen? score is 689.  They don't really put a name on it, but it certainly doesn't match my FICO 8 for EQ.  My score seems to defy the trend that someone spoke of recently with those FICO 8's below 675 trending lower #'s on NextGen because it's a 150-950 range.  Mine gained 34 points -- appearing to have tracked closely with FICO 9's.

The only inquiries on my reports for the last year are memberships for NFCU (1 TU) and Penfed (1 EQ).  My BoA card app inquiry will dissppear in a few months from EX.  One will get added for the NFCU card app, probably TU.  Very little activity overall, so it should look good next year when I'm auto shopping.

Congrats on your approvals.  Those are great limits.  Keep up the good work!

The NFCU CC was a TU pull as I expected.  Got the alert today, with no score change indicated.

Not at the moment, but I would like to get in with them for insurance options.  I'd probably have to talk my father into getting something with them first.

Message 10 of 12
0 Kudos
† Advertiser Disclosure: The offers that appear on this site are from third party advertisers from whom FICO receives compensation.