Congratulations on your approvals & CLI's!

I thought even the store version was changed into the Walmart Mastercard.  Is it still not a mastercard even though capital one took over?

Wow! Congrats on all your success!

I thought even the store version was changed into the Walmart Mastercard.  Is it still not a mastercard even though capital one took over?

nope. I can't even PQ for the Mastercard version since they only allow one card per person, and there's no PC option for the one I have either. 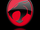 Congrats on the new approvals and CLI's!

@Bizz408 congrats on ALL your approvals! Do you have a thread on your 12 closed cards & why?

congrats, it seems you really have things humming.

i have an eye for an fnbo card but from what i read they wont approve until 2.5 years post bk.

i understand penfed is about the same and i was interested in getting a card with them when the time comes but i am leaning more towards fnbo because most of the posts here about penfed lately show them to be fickle.

Hello again all. My credit rebuild has taken off to new heights with my scores approaching the 750's for the first time ever (TU is at 754 as of this post) as well as my overall UTIL reaching the sub-9% mark and decided to celebrate by going on an app spree. I'm now at the point where I can start sockdrawering some of my lower limit cards that refuse to grow for various reasons. I thought about just closing them since they are of no use to me anymore, but did some research on these forums and the general advice is to just keep them open unless they have an AF (which mine don't). All but 2 of my cards have any sort of balance on them and they're both on 0% APR promos. But first, some CLI's to report:

Interesting DP on the Kohl's Card, I attempted a CLI on it and came back declined for the reason "Card is at the maximum allowable credit limit". I haven't seen anyone that has that card at a higher CL than I do, so I'm assuming $3000 is the highest it can go. The CapOne CLI was insulting imho and has become the answer to the slogan "What's in your Sockdrawer?"

Now to the fun part, the apps.

Comenity was intriguing since I pretty much blacklisted them for balance chasing a couple of store cards I had from them before. I figured there's less of a chance of them doing that to their own branded MC. FNBO seems to be handing out high SL's like crazy lately and I'm no exception. Those two new FNBO cards are the highest and tied for the 2nd highest lines I have at the moment. The Venmo Visa is a card I had on my radar for a few months now, but now that the Marvel Card is being Thanos Snapped it was time I grab this card as it's replacement. The $1000 SL seems low and I don't remember if this was it's temp limit or not (it was 4 in the morning when I app'd for it lol). The Amex approval was surprising since I have the CashMagnet that's stuck at it's original $1000 SL and refuses to grow. Then the Verizon Visa card which was a pain in the buns to apply for since the Verizon account is in DW's name and you can't edit the name on the application. I had to call to get it changed. That was another card I had my eye on for months.

All in all pretty happy with my new additions. These approvals put me over the $100k TCL milestone as well

Sadly, there were 2 declines.

CapOne SavorOne: Declined for multiple reasons, one of them being "too many revolving accounts (LOL)"

This is now the third time I've been declined for this card and that's pretty much the final straw for them. With the addition to their slogan I made fun of earlier in the thread, I should add "What's *not* in your wallet?" to it as well.

This one was a bummer since this was my most desired card. I don't know how long I should wait before trying this one again but this card is worth gardening for, and this denial may be enough reason for me to sit in the garden until it's time.

Congrats on fortifying the lineup 😎

Congrats @Bizz408 on your app spree and approvals...enjoy all the added leverage!

Message 19 of 19
4 Kudos
Reply
† Advertiser Disclosure: The offers that appear on this site are from third party advertisers from whom FICO receives compensation.