While no one can claim to have figured out how Discover decides to upgrade cards, I am fairly confident that the recency of your BK is what the issue is. If yopu are paying on time and your scores are going, that definitely helps. I think most of my negative accounts had to hit the 2 year mark before my card unsecured. I still had high utilization, a few inquiries, and negative stuff reporting. I was using the card a lot, but they didn't graduate it until the 11th month. So I would not take it personally, you are probably up against a computer that has pre-programmed rules about negative items. That computer makes the decisions and is what is keeping you from graduating until you meet the criteria.

You are right. I'm feeling a bit better about it now that my NFCU has graduated, so i'm just going to leave the Discover alone keep paying it to report to $0 and see what happens. Hoping sooner rather than later but if not, there will be other fish in the sea for my rebuild.

In the meantime, I would get them to switch you to the 5% program and start racking up some cash back. I got about $300 in cash back during my first year with the card and the did the match a couple of months after I hit the one year mark, so I have made over $600 by using this card. I still haven't paid them a dime in interest, so I suggest using this time to take advantage of the matching. 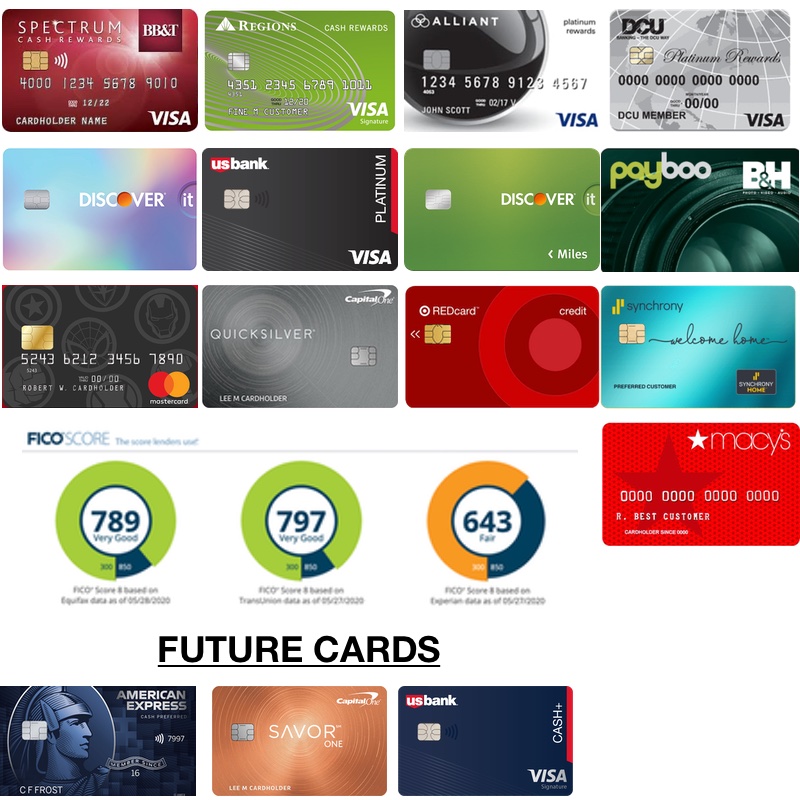 I'd actually be curious to see other datapoints of discover secured graduating after a new, possibly unsecured account is opened. Many seem to focus on payment/ credit history/ util which I'm sure is important, but it's interesting there are two DPs now about another account possibly making a difference.

My TU was in the 620's when my Disco secured graduated right at month 7 (the day after my statement cut). I had a bankruptcy reporting that wasn't even a year old. I only put $200 on the card, used it and paid responsibly. It graduated to $1500.

Ok guys, here is a long overdue post! So my 7th statement cut on the 27th of September and my discover secured officially graduated at 11pm pst on the 29th going into the next day. 500$ to 2000$

Now, with the data points. I'm not going to lie to all of you.. I have a very dirty credit file as I have 8 charge offs and 5 Collections right now. I'm incredibly shocked that discover even graduated me with such a dirty profile. Technically I'm a huge risk to most lenders. My rebuilding journey with CO's and collections burdening my back began last September 2018 with a secured Cap1 Platinum 500$ limit. Maxed the card each month and carried a balance (15$, then 10, then 7, then 4) each month. I would PIF then carry a new balance so I would never be charged interest. That card led me to a few store cards and eventually enough credit points to get a secured IT card. I would literally nearly max my (Visa, Mastercard) cards only and PIF and carry baby balances each month. Disco was the top card that I would max out and pay in large payments. If it counts for anything, I would pay 3 days before the due date but completely in full. Essentially, from Sept 2018 - Now I maintained a high spending/low % balance ratio to report each month so each card would report activity. I'd gradually see 10 point increases each month despite all the CO's and collections. (Yes I intend on paying my debt off once the new year hits). There was only one month the disco it reported a 0 balance because I left a 2$ balance to carry over and Discover paid that balance for me as a courtesy due to the balance being too low to report which sort of annoyed me (Was trying to keep a balance to report activity) and I even called to ask about it. The rep assured me it would not affect me in any way. I would agree that Discover's system varies entirely but I hope this gives certain people some hope for those who have a dirty profile. I would not condone keeping a dirty profile however. Everyone's mileage will indeed vary. One thing does come to mind in which might be the reason discover decided to graduate me... and that's the amount of cards and accounts I currently have open. I'm in good standing with 9 credit cards that have 500-1000 limits so I believe in their algorithm it might be factoring in that im capable of handling cards and proving to keep my balances low (DESPITE MY DEBT!). I do feel a sense of accomplishment and it boosts my morale to stay strong and pay off my debt and further be responsible with my future credit as well as, not make the same mistakes! Good luck to those of you who are trying to graduate! Don't give up and further share any data you can!

One last thing: I called and was able to successfully PC the card to their 5% revolving category card which is an upgrade I presume? Still has 1% unlimited but 5% on different categories (Amazon,Target) which I'll definitely take advantage of! yay black friday!

Mentioning again to maximize odds of people seeing it when it's helpful to know: you can PC Discover to the rotating 5% categories at any time, including when it's still secured, after your first statement. I assume that you can also PC it to the other products, like their Miles card, but why would you?

No derogs, but tons of inquiries and heavy credit-seeking behavior. In March of 2019, I had no open accounts, a charge-off, two collections, and scores in the low 500s. What I call the "thick build method" worked for me, but may not work for every situation.
Cards 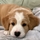 Mentioning again to maximize odds of people seeing it when it's helpful to know: you can PC Discover to the rotating 5% categories at any time, including when it's still secured, after your first statement. I assume that you can also PC it to the other products, like their Miles card, but why would you?

I can vouch for this -- I read this tip on this forum and called up and got the NHL 5% cash back just a couple months after I got my card (and about the time the Blues won the Stanley Cup -- Go Blues!).  They were most accomodating!

And this quarter when the 5 percent applies to Amazon (otherwise known as "Santa Claus" in our house), this will be very very very helpful for holiday shopping!

I truly love how Discover respects you as much as they do as customers with 850 Ficos across the board and credit limits and spend 10x what I can put through.

I’ve been looking all over to see any data points in re to graduating my disco. I opened disco back in 03/19 on 10/07/19 I hit my 7th statement. All scores were in the 500’s upon applying. I used to have Two cap 1 cards but Harvey (and myself) ruined that for me. My payment bounced and they closed all my credit accounts. I made the cap 1 payment on a Friday, then the entire city of houston was closed down so getting to the bank was impossible. I paid off the platinum and still owe 500 on the other cap 1 plat. I have some baddies on my report, but I’ve managed to pay off 3 of my 4 derog’s. (Not all dropped off however) I also raised my score over 100 points. However my statement cut before my PIF Posted Leaving me at 60% util. on my 7th statement. This is my first balance ever with them. I use the crap out of the card and other it several times a month, not sure if that’s good or bad. I also became and authorized user on 2 other accounts totally 20k in open unused credit. (1 disco 1 cap one) a dear friend hooked me up with that. So with that said around my first or possibly second statement I had submitted a payment (One of my 20 payments) And I accidentally selected the wrong bank account and with your balance however it went through the next time they try to run it. I’m wondering if that little boo-boo is going to offset all of my hard work and improving my credit history. The only reason my friend help me is because I spent an extreme amount of money paying off three of those four baddies. At any rate I still have no graduation as of today and it’s been two days since the statement cut. My concerns are I still cant get approved for jack. I have a 680 TU and a 650 Exp. cap 1 won’t even give me a secured card again. I’m wondering if perhaps exp. has some fraud alert, bc I get both responses on all my denials (3 HP’s this year) 1. Too many derogs or 2. Something to do with a fraud ... anyway I sure was hoping to at least be able to get. Khols cars, but nope. Not even w/a 680. I’m really getting frustrated bc my wife gets 2k-3k cl’s On her last few cards and a 7k care credit cli. I can’t seem to finance a postal stamp at this point even with those scores. I’ll update if I end up graduating.

I’ve been steady educating myself all things credit related, and either a conns derog carries a lot a weight or something else is preventing me from approval. Thanks for all the wonderful info you guys have provided!!
Message 209 of 439
1 Kudo
Reply
Highlighted

@ICHOU wrote:
I’ve been looking all over to see any data points in re to graduating my disco. I opened disco back in 03/19 on 10/07/19 I hit my 7th statement. All scores were in the 500’s upon applying. I used to have Two cap 1 cards but Harvey (and myself) ruined that for me. My payment bounced and they closed all my credit accounts. I made the cap 1 payment on a Friday, then the entire city of houston was closed down so getting to the bank was impossible. I paid off the platinum and still owe 500 on the other cap 1 plat.

I've been basically using it like a debit card -- run it up, pay it down, rinse, repeat!  I've been reporting balances of between 30 - 50 percent.  However, PIF this past month and plan to do so again this month.

I've gone over the limit once by about 2 bucks (prime now tip)... but paid it off immediately while the charge was still "pending" I've had the card declined several times due to not enough available credit.

Balances on the defunct Cap1 cards are still high -- mainly because I used the money that I would have used to pay off Cap1 by putting down Security Deposits on other cards to establish new trade lines -- so have 2800 tied up in security deposits right now (1000 on Discover, 1000 on Citibank and 800 on USBank).

I'm really PRAYING that the fact that I have put so much spend through the card will motivate them to graduate me but not terribly optimistic... getting the 1000 bucks back would be extremely helpful at this point so I could pay down Cap1.

I've read a post that if you changed your due date, they still look at graduation based on the anniversary of what WOULD have been your 7th statement date rather than your new one.  Does anyone know if that is true?

@ICHOU -- if you do find out you are graduated in the next couple of days, would really appreciate it if you could update this thread.

Message 210 of 439
0 Kudos
Reply
† Advertiser Disclosure: The offers that appear on this site are from third party advertisers from whom FICO receives compensation.