Local Bank/CU for Your State

Love ICCU - they gave me my first car loan!

do you know how their UW is these days?

- Customer service is underwhelming, but they have some great rates for their products - even beat NFCU for a loan & CD Ladder

People here talk about CU's like a God-send and I'm sure they are for some in certain predicaments but the few in FL are trash. Most are employer-access only. I've been banking with a popular one here, Space Coast Credit Union, and honestly, they never did or offered anything special for me. They are pretty much state-wide. When I was starting out, they wouldn't extend me credit. They suggested I start with a store card, and then get a "prime" card and then when those age I may be considered. Mind you, while I personally had limited savings in my bank account, it was still linked to my parent's accounts who had a good share of savings with them. They offer a decent 2% CB card (before they were cool) if you had a large amount in your savings with them. Lower tiered members would get 1%-1.5%. Really no frills here and the APR was middling to boot.

When I financed a car with them the rate was also not the lowest around but we did it with them because they were in the ball park and we knew they didn't have predatory practices. It was still not easy (wanted all sorts of documents for a transfer of ownership from my parents to me). Their online systems suck. Their app is their website in a wrapper. They added TouchID around the time FaceID came out and they're still the only card I know of from a major-ish banking type organization to not be on Apple Pay. A CSR told me it might not be until 2022. If it wasn't for the convenience of receiving my paycheck a day early and the decent APR on the savings, I would not still be with them.

"Show your thanks with action! Hit the "Kudos" button (the stripe with the star) for every post you find helpful to show your appreciation to the community of great individuals who help you on these forums" -Me 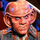 I love CUs, but I don't have any CU cards currently.  The two CUs I'm in are:

I haven't looked much into the CUs that are available to us since we moved, but if anyone has any recommendations for good ones in MN, I'd appreciate it!

@Slabenstein     There is a Link that LongtimeLurker posted on my first page here that may help you find some local to your new state.

People here talk about CU's like a God-send and I'm sure they are for some in certain predicaments but the few in FL are trash.

Yes, not all are good!  Looking at a bunch of semi-local ones that I am eligible for, I find this amazing credit card:

@Slabenstein     There is a Link that LongtimeLurker posted on my first page here that may help you find some local to your new state.

I know the names of most of the ones around here and I've looked over their websites some.  I was just hoping someone here had experience with one or more of them.

Love this CU. Got a 25k card right out of the box

I have looked at the local credit unions around here (University Federal Credit Union, Austin Telco, Amplify, and some others) nothing so far as really caught my eye.  I will admit for years I never really paid any attention to what was out there from a banking products perspective, I joined NASA for novelty and have used Chase as my primary checking for 10 years.  I would love to find a local credit union that is as good as DCU or AOD with having at least one really good product (like a 3% everything card or a 6% rate on a savings account).

If any Central Texas (Austin Metro) folks know of any good choices around here to add to the list, I would love to hear suggestions.

Message 20 of 22
0 Kudos
Reply
† Advertiser Disclosure: The offers that appear on this site are from third party advertisers from whom FICO receives compensation.