I think this is one of those silly articles written when maybe the author was having a glass of wine, or two, while perusing her credit scores. The article just doesnt make any sense at all. Thumbs down. 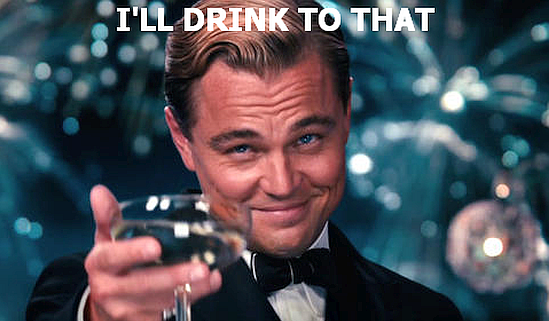 While an 800 score would be nice to have consistently, I've had an 805 twice in the last two years. So I don't think it's a freaking Unicorn.

Like an above poster said, it takes work to get higher scores. Not winning the lottery or new years resolution type scenario.

I tend to think most of those people who think like that, possibly have sub 600 scores and littered with negatives?

Anyone who has a score of 700 is already on the right track and should be there soon, so no need for this line of thought. And lets remember a recent article about 760-780 scores being in a pretty good range.

I know when I was in the 600 club I used to dream about what an 800-850 could get me, then found out being in the 780 range has gotte me some pretty good rates and CC products. So I can't complain one bit about not being above 800, and TBH probably won't hurt my feelings if I never achive it.

I also don't drink aside from a few times a year for social purposes. In fact i can't think of one thing I'd give up for an 800 score, like i could even give anything up in the first place. lol

Sounds like one of those silly FB pictures that asks if you'll live in a log cabin for a month with no tv/internet for a million dollars. Who's handing out the million dollars?

I'm not a heavy drinker by any means and I still wouldn't do it. lol

Haha and I'm a wino.

Ha!, I am really pondering that ...(Probably the most hilarious Drunked app)

Ha!, I am really pondering that ...(Probably the most hilarious Drunked app)

"Needless to say, my wife cut me off, but it didn't stop me and my friends from trying to act out the nativity scene with a stuffed penguin in front of a house that still had Christmas lights and a gingerbread house still up."

@Brian_Earl_Spilner is a pro. I must now find that Ring Doorbell video on YouTube before I die: "OMGLOL look at what these guys did on my lawn!" Message 20 of 33
4 Kudos
Reply
† Advertiser Disclosure: The offers that appear on this site are from third party advertisers from whom FICO receives compensation.