Won’t cost them anyways. They’ll find a way to write it off.

07/05/2020. I walked uphill, with shoulder backpack, in the sun, in the wrong shoes, hungry and thirsty. One less on the bucket list
Message 13 of 17
1 Kudo
Reply
Highlighted

Won’t cost them anyways. They’ll find a way to write it off.

Yup, all it is is money created out of thin air not backed by anything so its just a debit to the other side and said destruction of paper created money.

I had the Amazon card. By Canadian standards it was pretty good. No fee, 2% at Amazon, 1% elsewhere and they almost unheard of no foreign exchange fee. Canadian cards from Amex, Capital One and TD all charge 2.5%, despite the many no-fx fee cards they offer in the US.

I was sad to lose it, but replaced it with the Rogers World Elite Mastercard, also no fee, but 1.75% cash back on everything (usable at Costco in Canada) and 4% cashback on foreign purchases, to cover the 2.5% and still give cashback. It was originally no-FX and 1.75% worldwide, but they discovered most Canadians weren't aware they were being charged the fee.

It also comes, as many no fee Canadian cards do, with emergency medical insurance for up to two weeks when travelling out of your province or outside the country.

Anyway, no present for me from Chase. I paid my bill. I'd hate to think what my credit score would look like if I hadn't. I sure wouldn't be sitting here with a US Fico over 700 - it's my Canadian credit that gave me the head start of Amex Gold and two revolvers with 19K SL between them.

Anyway, no present for me from Chase. I paid my bill.

Out of curiousity, what was your CL?

Anyway, no present for me from Chase. I paid my bill.

Out of curiousity, what was your CL?

I had 7,000 on the Amazon and I think 8 or 8500 on the Marriott. I only got the Marriott because I didn't get instant acceptance on the Amazon. Since it carried an annual fee I cancelled it before the year was up and never used it. The Amazon was more useful to me for the minimal use it got - international and Amazon only.

I still get an email every month telling me my Chase Marriott statement it ready. No website left at the link, haven't been able to log in since I cancelled the card, but every month I have an email that won't die. The account was closed, nothing owing on it, in 2015. 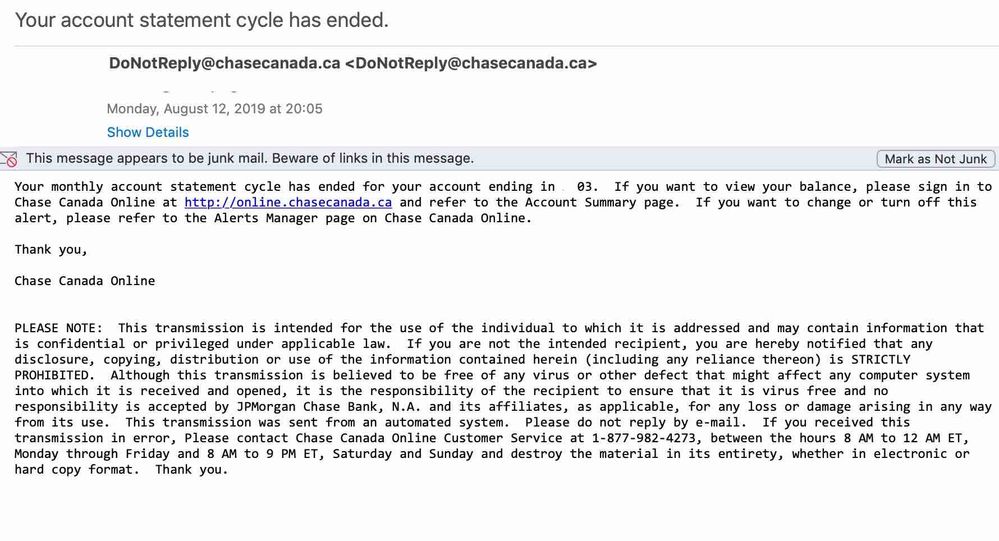 Message 17 of 17
0 Kudos
Reply
† Advertiser Disclosure: The offers that appear on this site are from third party advertisers from whom FICO receives compensation.