Does discussing a debt that is SOL with a CA reset it ?   I’m outside of the SOL but still have time left on my credit report.  When we spoke I used terms like “ assuming this is mine “ and “ hypothetically “.  They even confirmed that it was outside of SOL.

I don’t think so. I think setting up a payment plan will reset it or just making a payment will reset your date.

I think every state has their own laws.  Some require a written declaration to pay, others require far less.  Just be careful.

I think every state has their own laws.  Some require a written declaration to pay, others require far less.  Just be careful.

Yes each state sets their own laws regarding SOL and the OP should consult such laws to see the events that can trigger a reset of this date. The SOL is not to be confused with the time it can remain on ones CR, that date can never change.

I made a hypothetical suggestion of what it would take to remove. Interestingly they said they don’t remove...but...after I were to pay they suggested I dispute and they wouldn’t respond to the CRA and it would then just get removed. 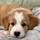 Hmmm, interesting approach -- was this an original creditor or a debt collector?

Do you mind sharing the name of the company?  I'm in the process of paying off a collection and wonder if this might help once I have the collection paid off.

Since payment of a debt does not make any prior reporting per se inaccurate, and since the CRAs have a clear policy that payment is not basis for reporting deletion of a collection, that would not be the basis for a dispute.

A dispute that lacks identification of a specific inaccuracy can simply be dismissed by the CRA as being "frivolous or irrelevant" without any requirment of the CRA or furnisher to investigate.  See FCRA 611(a)(3)(A).

Additionally, even if you were to find some inaccuracy in the reported collection, a dispute is limited only to verification, corrrection, or deletion of that item of information.  Thus, if no verification or correction were provided to the CRA by the debt collector, that would not mandate deletion of the entire collection.  The CRA would correct or delete only the item of information that was the subject of the dispute.

Message 8 of 8
0 Kudos
† Advertiser Disclosure: The offers that appear on this site are from third party advertisers from whom FICO receives compensation.