You can be one or the other (or both or neither), but a high credit score generally only indicates financial responsibility but says almost nothing about how sound a person's finances are. 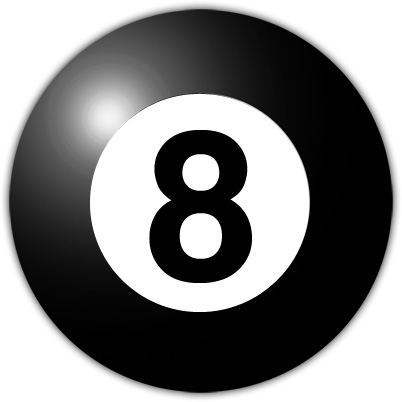 Financially sound to me means financially secure i.e. not living paycheck to paycheck. But I know a few people who do exactly that and they still have 740+ scores because they use credit responsibly.

Financial security. Not to run out of money before you run out of life.

Political influence from our elected representatives that allow the Wall Street bankers to take advantage of the rest of the country. The Great Recession didn't teach us a thing and the bankers of Wall Street walked away Scot free.

The financial industry in America has a huge incentive to keep American consumers as dumb as possible when it comes to finances. They make money at every turn. It is a burden placed on a lot of Americans shortly after leaving high school. They go into debt to the banks and most of them will live their entire lives giving a portion of their earnings to the Wall Street bankers. It doesn't have to be this way. In other countries like Germany most citizens have very little debt when compared to Americans.

Just look at the very basic questions asked by noobs that find the MyFICO forums. Most don't have a clue as to how credit works and scores are calculated. Is that their fault or society's fault?

And on the other end of the spectrum we have this: California schools get an "F" in financial literacy education

This part is particularly revealing:

"The report, by the Center for Financial Literacy at Champlain College in Vermont, looked at how many hours of financial literacy instruction are required of high school students in all 50 states and the District of Columbia. ‘A’ grades went to Virginia, Utah, Missouri, Tennessee and Alabama, where all students are required to take at least one semester of financial literacy before they graduate."

Oh and this comment caught my eye as well:

"Parents have to teach this. If parents have kids out of wedlock or divorce, knowing kids have far lower odds of college graduation and higher odds of prison or homelessness or minimum wage or unemployment without 2 parents in the home, kids follow that. They will choose blowing money on something fun over saving. We call kids who study a lot nerds. We dismiss models as myths and don’t give credit to kids who work hard in school knowing it takes 10-20 years to profit from it. Short-term pleasure wins. We need to teach this to kids. 40% of adults couldn’t come up with $500 in an emergency and over half couldn’t come up with $2000. No one is thinking long-term."

As mentioned above, it's as much to do with society and cultural values as anything else. Until we stop stigmatizing people who give a d@mn about their future and plan ahead as "nerds", we will continue to have this problem.

Because they don't have to be, very few are ever held accountable and in today's world there are excuses for everything and a definite lack of personal responsibility.

I don't judge anyone because I don't walk in their shoes, but I do feel that people blaming society .. family .. or that the sky is blue for reason that they don't buckle down and take care of business and stop spending on CC when they know they can't pay it back makes it harder for those of us that do

It brings to mind when I had to council a soldier many years ago because he had bounced a lot (+20) of checks and they shut down his bank account .. well he said "Sarge I paid them all back and if you could just sign off I can open a new account", my thoughts at the time were "yeah ... you burned down the village, but you want me to give you more matches because you promise to behave this time"

"Your past is the doorway to your future"

sarge: I'm sort of in the same boat after I realized that kids aren't in the cards.  If I didn't have my mortgage, and I werent picking up a new car, fact is my life could be sorted with a few grand a month... but in 12 years (age 55 at that point), all of that is paid off and I expect the rest of my expense profile is still going to be pretty close to what it is now, which is to say pretty low.

Good budgetting and "tight" fiscal policy = not that expensive to live, basically opting out of the standard consumer lifestyle that's being pushed at us from all sides.

Getting sorely tempted to just pickup 2 jobs for the next two to three years, throw cash at the mortgage and the soon to be car, and then just sell enough equities to cover the rest of the outstanding mortgage / auto marker, and go find something completely different to do with my life.

Actually, I could almost do that now if I just sold the condo and moved to someplace cheaper that has a good school.  Hrm.

@Revelate...so you are 43, and have no kids. Why do you need an someplace with a good school??? That part of your post has me confused.

Late reply but good school = college in this case, and yeah my apologies that would be confusing in context of wider society

Some place to hole up cheaply while I knock out undergrad and then sort graduate school for whatever my next career would be.

i really think they need to teach kids young like in high school just how important credit and saving's and balancing a check book is. i myself when i was 18 had great credit with 7 cards with high cl and spent like crazy had no idea what i was doing and just sent the minimum payments and got buried by debt. over the next few years in my early 20's i got into financial problems and ended up in a bk. once i got older and more responsible and taught myself how to clean my credit up i'm currently above a 750 fico score making good money and just got approved for another $300k mortgage.

I agree with teaching the generations about credit do/don'ts but there is so much more available online now I feel that's it's impossible not to have some idea on how to handle it. But as a parent, I take my job seriously and try to teach/lead by example (it took with some and not other).

It's about accepting personal responsibility and not making excuses .. not just in credit, but everyday life.

As I stated earlier, there a few consequences that folks take seriously.  Some folks seem to be OK with having to be in the credit dumpster because they know it will eventually fall off, or "no biggie .. I'll dispute it often enough till they remove it .. even though I'm the one who ran it up"

Like I've stated many times .. I don't judge anyone life/credit journey because I am not them and don't walk in their shoes also it's not my place to judge.

In the Army, we had different standards .. soldiers are expected to not bounce checks, take care of their bills and not be financially irresponsible.  When we (NCO's & Command structure) see bad things starting to happen .. we do our best to counsel and get them to ACS for credit counselling and help them make a budget. We at times take them to AER for a no interest loan to get them over the hump (unexpected car repair or travel for example, but not debt consolidation) However, if this problem keeps going on after all the help.. there is nothing we can do except Chapter them out.  It may seem harsh, but its a reality and every single solider knows what could happen because they get this education (consequences) during basic in the UCMJ classes and like I said we try our best to prevent .. bottom line many lose their careers for the thrill of CCs and not paying them on time or writing rubber checks.

"Your past is the doorway to your future"

Message 50 of 83
0 Kudos
† Advertiser Disclosure: The offers that appear on this site are from third party advertisers from whom FICO receives compensation.