I can’t believe this incense is so good!

I can’t believe this incense is so good!

So I have always been a casual burner of incense. I started with the cheap cones and sticks in high school and I stumbled on Nippon Kodo Morning Star at an oriental import store at the mall in my 20s. I went on Amazon to look for another box of cinnamon since I gave my roommates my cinnamon and sandalwood that I bought in 2012 and I saw a bunch of reviews slamming it for being fragrance instead of incense and recommending Shoyeido.

I went and looked and the first thing Amazon showed me was 10 coils for $60 and I about fainted but I kept scrolling and saw their Magnifiscents line and noticed the Diamond kind has sandalwood, frankincense, cinnamon, ginger lily, and spices for ingredients. It had great reviews and was $6 for 30 sticks (although these don't actually have sticks which is why I liked the Morning Star so much - no smell of burnt stick to deal with) which was a bit pricier than I was used to (I paid $8-9 for a box of 200 sticks of Morning Star) but still reasonable so I tossed that in the cart. Then I saw the Ruby kind - cinnamon, sandalwood, sausserea, patchouli, and spices so I grabbed that one too.

Well I was sitting here and Amazon got here with my package and as I tore into my case of sour cream and onion Lay's Stax I decided to try the Diamond incense. Oh man what a crazy difference! I never knew that incense could smell so wonderful! Even now hours later I can still pick up subtle notes of cinnamon in my room.

Now I am going to try the Ruby.

I have definitely stumbled on an expensive interest though. I already have plans to try some of Shoyeido's more expensive offerings Horikawa and Shirakawa and I'm curious about kyaras too but those get really pricy (Shoyeido has a kyara that's $2500) and while I like incense, I'm not about to burn $2500.

ETA: The Ruby was another knock out of the park. It's also very relaxing for something that is predominantly cinnamon.

Anyone else enjoy incense? If you do and you haven't checked out Japanese incense, you're missing out! 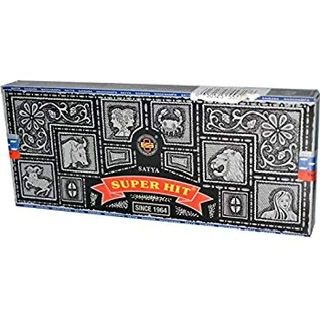 I love cinnamon scents though, I'll consider checking out your recommendation!  We get compliments all the time, "your house smells so good!" ;-)

If you like Satya, you'll find the Shoyeido to be more complex but less intense compared to Indian incense. It's really quite delightful and I think I'll be burning it a lot.

They come with a cute little ceramic burner that you set a stick in and it self-snuffs when the stick gets down to the holder. It's a nice touch since the incense has no wood core.

Aaaaaand, now I'm going to have to try it...you should see my husband and I in the candle aisle at TJ Maxx.  We're self admitted "scent wh*res."  Saying "ugh, this smells like a toilet tablet 🤢," or " Mmmmmm! Smell this one!" ...same with incense 🤪

EDIT:I remember buying cone nag champa back in the day with that little ceramic holder.  My husband always burned the Greatful Dead brand but as the years went by it became more of that "burning wood" smell :-(

I'm the same way with candles. I actually can't buy them anymore because they're incredibly expensive but I grew up with my mother lighting all kinds of candles around the house and I picked up the bug too.

Actually she used to burn cones when I was a kid too.

It's funny because I hate perfumes and colognes but I love candles and incense.

And yeah unfortunately over time most of the incense went more wood and artificial fragrance and less true incense. We used to get the blue box nag champa back in the early 2000s and it was incredible stuff but now it's artificial garbage.

Been burning for 30+ years.  Candles, daily.  One incense that has endured for me through that time is Gonesh.  #8 has always been my favorite.  I'm more of a candle/melt girl these days (Yankee's my favorite) but keep a stock of Gonesh around.

But I'll look that up.  I'm up for a new experience.

I love Yankee too but they're too expensive.

Let me know what you think of the incense. I am trying not to even go look up new incense so I don't blow a bunch of money on it.

If there's a TJ Maxx nearby, or the like, they carry Yankee Candle at a deep discount.  Sometimes whomever is pricing them marks the large $9 and under.  We're into the spicy scents so we troll during and after the holiday seasons. 😬💃🏼

If there's a TJ Maxx nearby, or the like, they carry Yankee Candle at a deep discount.  Sometimes whomever is pricing them marks the large $9 and under.  We're into the spicy scents so we troll during and after the holiday seasons. 😬💃🏼

I wish I could actually go shopping but unfortunately my agoraphobia and panic attacks won't let me.

Ruby came today! I see (or smell, rather) exactly what you mean by it being more complex and subtle...I think it's great!  My son has already "borrowed" some haha.  Thank you so much for the suggestion!

Message 10 of 12
Reply
† Advertiser Disclosure: The offers that appear on this site are from third party advertisers from whom FICO receives compensation.