Time to start tackling the student loans on my report. I called MyEd back in July and set up payment arrangements/agreement of $5/month, but have been paying $25/month, but I forgot to sign something that I mailed to them so none of the payments I made since July have been accounted. And after sending the paper work because it only showed 2 people in household instead of 3 that actually live here (because taxes were completed before the 3rd person moved in) They automatically raised the $5 agreement to $91 without alerting me. I did not find out until today when I called.

I was given the option to consolidate or rehabilitate. If I consolidate he says it will take all 3 tradelines and make them 1 but as a paid collection. Rehabilitate removes completely but will take 9 months from today and will not include the 3 payments I already made. I would love to rehabilitate but I have to move out of here by August, so the timing is very tight to get approved for a mortgage, find a home, close on the home and move in. How does a consolidation of a student loan affect your credit? Does it help at all? Does it make it worse?

One more problem is on their end it shows only 3 tradelines, but on my credit report it shows 4, and the 4th has a different account number but shows same dates, I did not take out any other school loans. Can you dispute a student loan tradeline? What should I do about the 4th one they have no record of?

There is a 5th one that I had years before that I already paid in full but it is still showing as a negative tradeline. Is there something I can do to get this removed? Only shows one late payment.

I am including photos below! Any advice would be helpful especially from @Sabii 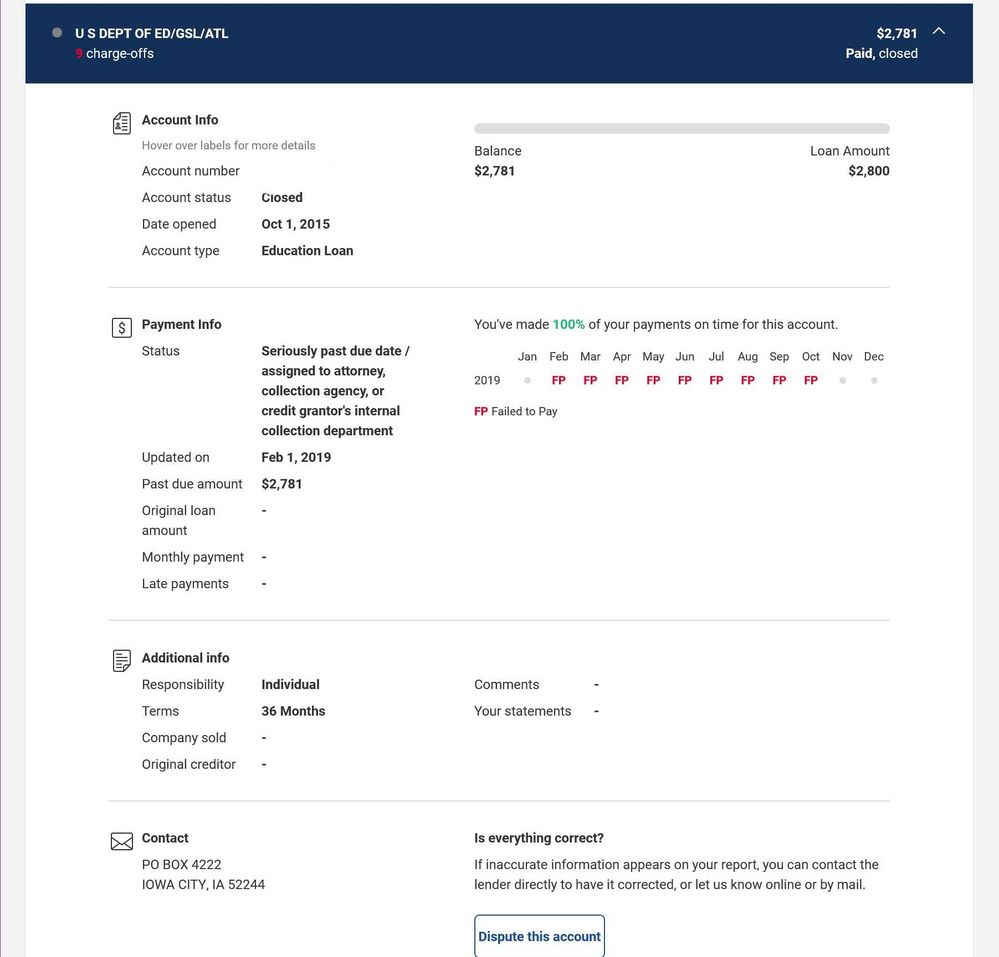 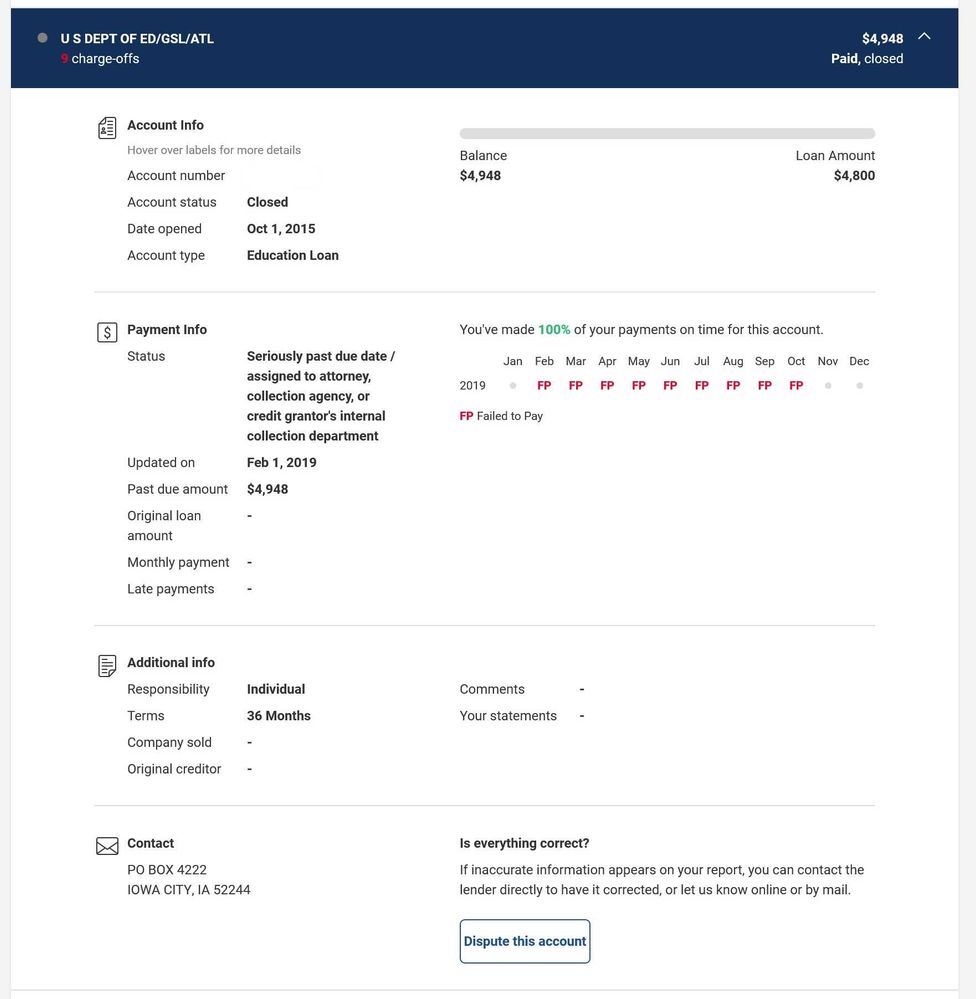 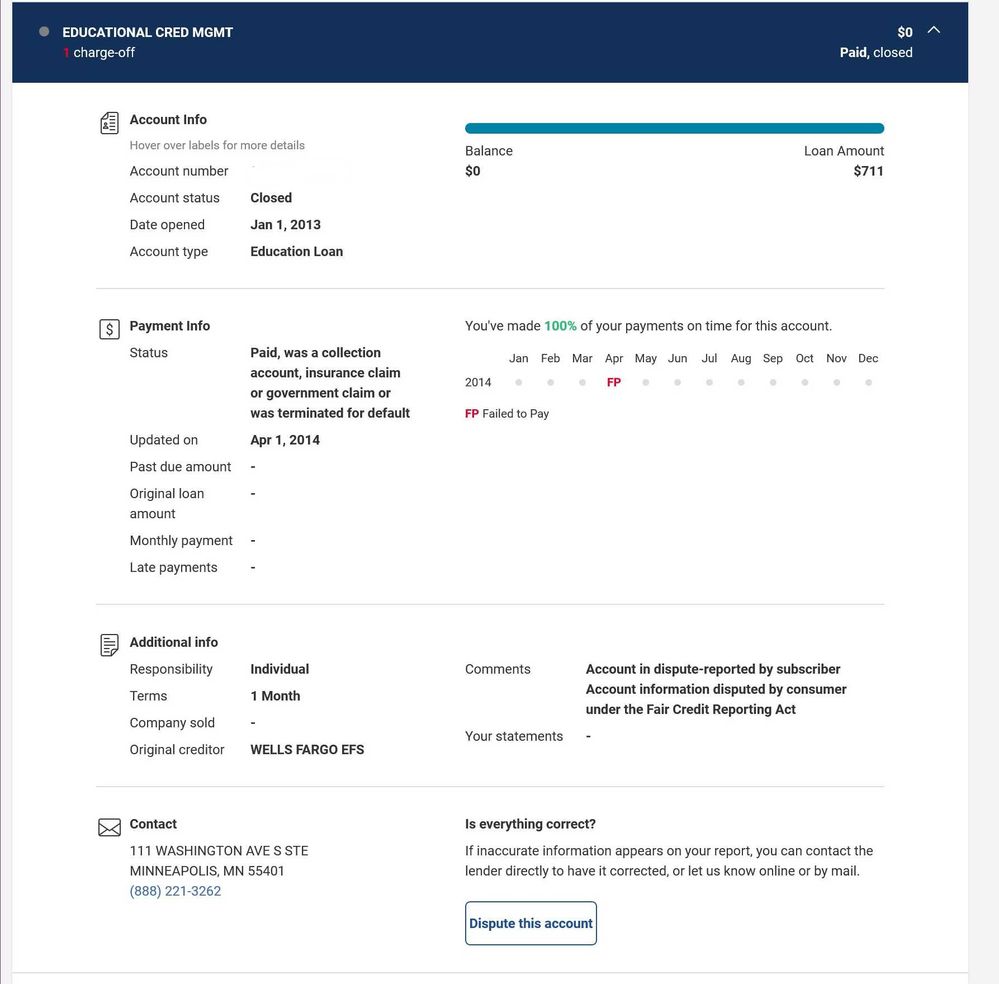 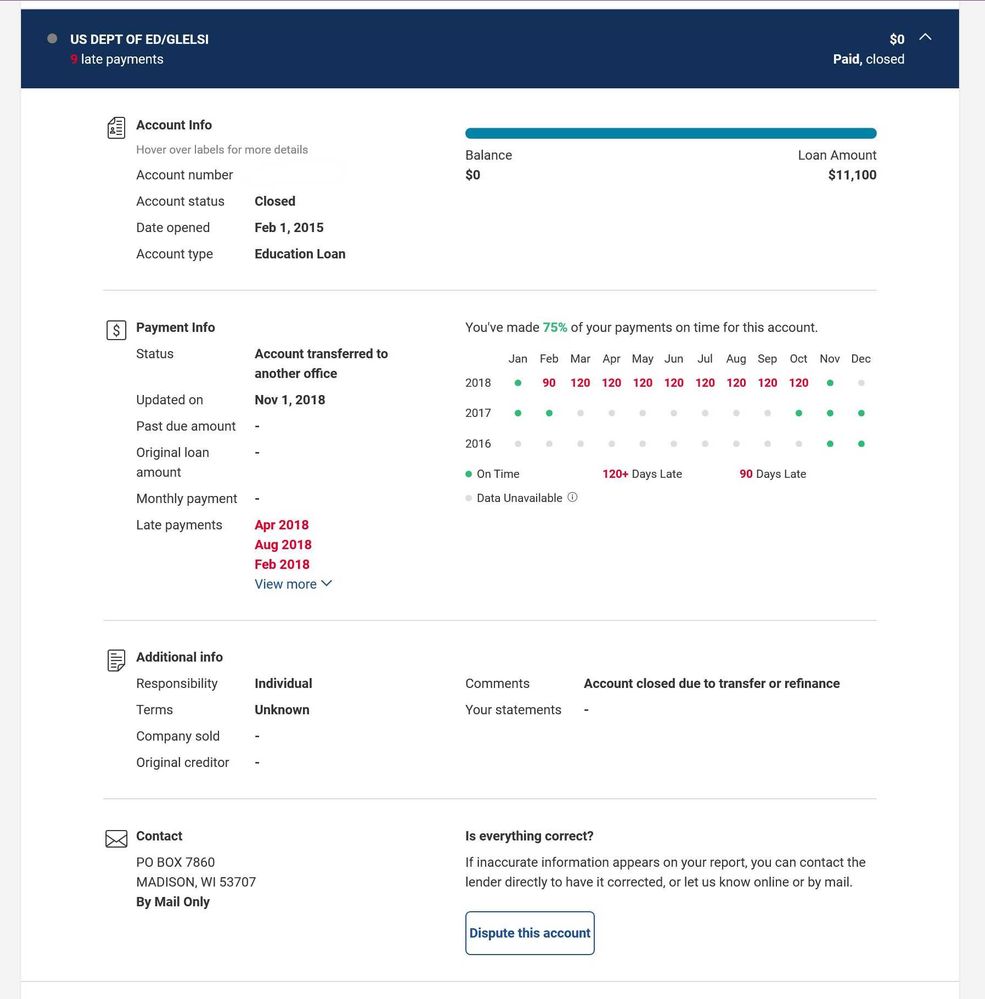 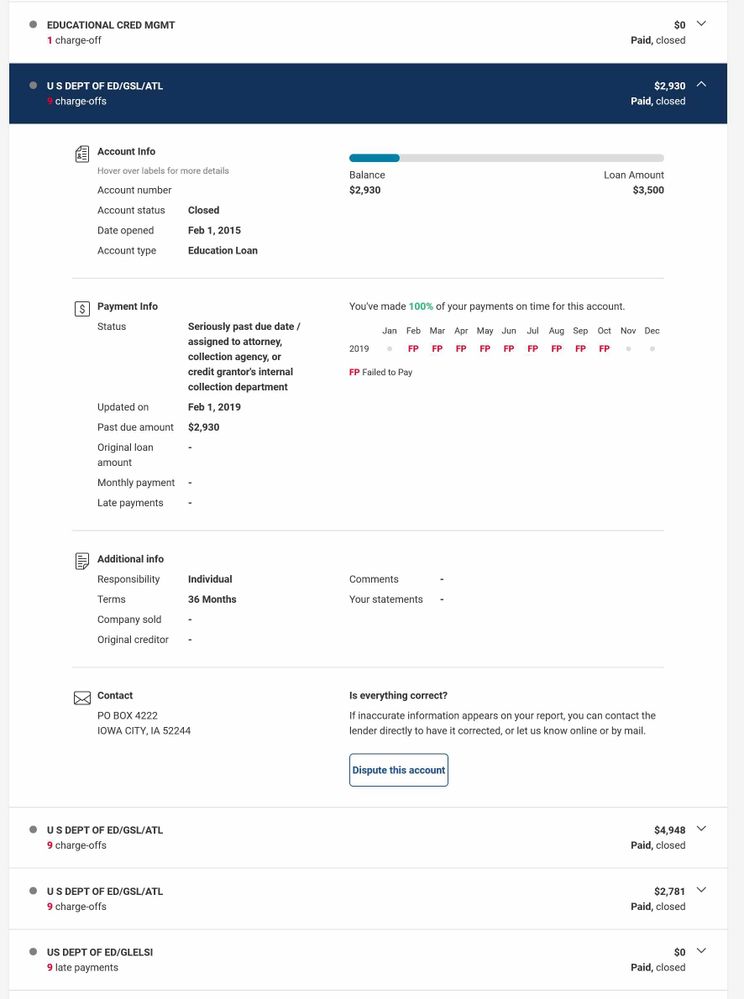 You really don't want to consolidate in this situation.

Your gut on rehabilitation is correct.  Make the 9 payments and the default goes away.  The lates *may or may not* remain.   It's not mandated that they be removed upon successful rehab, but some servicers do that for you.    After rehab, if they don't remove the lates, you could always go for a goodwill letter deletion attempt (it generally doesn't work, but sometimes does).

With successful rehab, not only does the default go away, but the tradelines retain their history (so you'll have longer tradelines/history to help buff your age of accounts).

If you consolidate, the defaulted tradelines will be closed, but will remain on your report with their defaults in tact.   Additionally, you'll have a new installment tradeline, resetting your age of youngest accounts (and dropping your average age of accounts), which is not great for your score (since you have a possible mortgage application upcoming, it's even worse).

I would also add that it sometimes takes a while for the tradelines to update, so the timeline against August is definitely short, so you'll want to pull the trigger as soon as possible for rehab, and you'd have to pull the trigger asap to get a longer history on consolidation if you go that route.

I'm sorry about the mess with the servicers - time and time again it's been shown that their communication is pretty terrible - definitely stay on top of them in the future.  The loan is ultimately your responsibility and with federal power on their side, there's no real incentive for them to make sure that things go smoothly.

Also, please understand that student loans fall under the HEA which has additional provisions with regards to student loan reporting that kind of override the FCRA.    The upside is, since the major CRAs are pretty automated, student loans tend to be reported like any other tradeline (like negatives falling off after 7years)

Wtih regards to the extra tradeline:   That is likely due to your default and collections taking over -  disputing it won't make it go away, so I wouldn't do that.      Goodwill requests are your best bet (even if not great).  Be humble - I had derogatory student loans deleted using goodwill letters, so it is possible.

I've been through rehab and consolidation.   Consolidation helped in that my collections were paid, but it definitely hurt to lose the longer tradelines (I took a hit when they were deleted, because they were my oldest tradelines).

Thank you for the advice, I am mulling over everything now, such a difficult decision. I want to rehab but not sure I have the time, ugh.

Sorry for the late reply.
I agree with Calyx. The consolidation is going to leave a mark on your credit report for a long time. Better to put the time into rehabbing, and get the default removed. I would think that you could always request for your reports to be updated early or something.
As for the fourth tradeline, also make sure that it isn't one they don't have. Check the NSLDS website for the status.
Good luck. 🙂

@Sabii wrote:
Sorry for the late reply.
I agree with Calyx. The consolidation is going to leave a mark on your credit report for a long time. Better to put the time into rehabbing, and get the default removed. I would think that you could always request for your reports to be updated early or something.
As for the fourth tradeline, also make sure that it isn't one they don't have. Check the NSLDS website for the status.
Good luck. 🙂

Also great news today, they allowed me to fill out some forms for reconsideration and said if the redetermination is below $30 that they will let all of the payments I already paid count for the 9 months. I just received a letter that the new amount is under $30 so now all of the payments I have paid since July will be accounted for and now I have more time to clear this from my report the correct way through the rehabilitation program so happy right now! I just need to figure out who to speak to for the fourth tradeline and apply to get these removed from my report when comes time.

Thank you for all your help and I will check the NSLDS site for help.

That's great!! Glad you took the extra step and it worked out for you. Congrats!

Message 6 of 6
1 Kudo
† Advertiser Disclosure: The offers that appear on this site are from third party advertisers from whom FICO receives compensation.