My monthly goals for October were pretty boring. I met them, but there's not much more to say than that. My scores barely budged, but that's expected.

I just remembered that it's been a long time since I looked at or thought about the goals I set for the year. I joined this community in February after lurking for a short time and one of my first posts was in the Fitness Challenge 2020 thread. February seems so long ago! I'm doing well on two of my three goals for the year: eliminating CC interest (done!) and paying down balances (2/3rds of the way there and on track to hit zero in January). I'm doing poorly on the other: I said I wouldn't app for any cards in 2020 because I didn't need more... then I apped for four cards and got three of them, within two months of posting that. Oops!

As a result of all that credit seeking, my scores are virtually the same as they were in February. But that's OK. Each of the cards I got has a purpose and I'm glad I have them. Also, my finances have improved a lot and we all know: "finances before FICO." Finally, the main reason I want to get my scores up is so I can get a good interest rate on a mortgage next year and I'm on track to hit that goal.

Goals for the month ahead: stay healthy; stay employed; stay in the garden; keep aggregate Util below 10%; get all cards' individual Util below 30%; continue putting heavy spend on my CapOne card in the hope of getting a CLI at the end of November.

@Curious_George2 Congrats on doing well on 2/3 of your goals! Keep it up! Best of wishes on yoir CLI in Nov, and future home next yr! 👍🏼 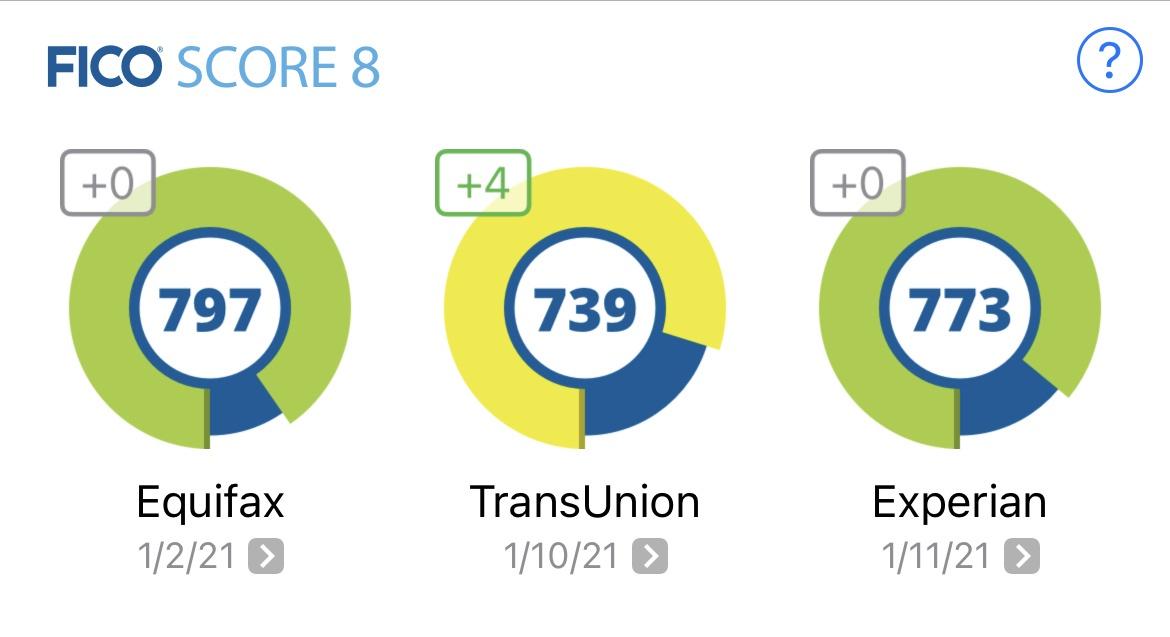 I haven't done an official check-in for several months because not too much was happening, but now theres some traction and action starting!

I have made it through 7 of 9 rehab payments for 2 of 3 SL servicers. I am getting so nervous because payment 8 is next week for 1 servicer and they give the option to "fast track' month 9 right after. It honestly came up so fast after it felt like it was taking so long and I don't know if I want to "fast track" anything related to SLs. I will have baddies dropping off my CRs for the next year, so I am in no rush to use my credit.

Same with SO, he has made it through 7 of 9 payments for his 2 of 2 SL rehabs! We may fast track his SLs since he should have IBR of $0. His CRs are going to be clean much sooner than mine, so no sense waiting any longer than necessary to get these ones where they need to go, and especially because these SLs are the bulk of his baddies.

My scores have been very slow to improve, but this month was the first month of many to come for EE and aging off of baddies, so I am hoping to start seeing some more movement in the months to come!

I got to EE 1 CA off TU and my only CO on EQ aged off...woohoo! Basically 0 score change from those, but still very happy they are gone!

I have stuck with AZEO, even though there is no long term gains, to be able to track changes more consistently.

My Self Lender closed last month and my scores definitely dipped from it and I was sad, but refrained from a second round since SL rehabs will be done in the next couple months!

From where I started with many CAs, I am now down to 5 and haven't made as much progress as I would have liked, but I am letting 3 of 5 age off since they do not do PFD. Not to worry, the wait will not be long for those!

SO has made leaps and bounds since beginning his rebuild!

Scores have steadily been climbing for him...so exciting!

He started with some CAs and now only has 2! He still has that 1 pesky low hanging fruit that I have been neglecting to just deal with and the second CA we share on both our CRs and thankfully both do PFD. We need to just do it and we will get there hopefully soon! So excited to report that 1 aged off on it's own and at least EX is now completely clean of CAs!

He still has 2 COs and we patiently await 1 to EE/age off his CRs starting in Jan! The other still needs to be dealt with since that will be his only remaining baddie on all 3 CRs after the cascade of EE/aging off/SL rehabs are completed.

Many of his accounts have either aged off or were EE'd and now his CRs are starting to look less intimidating and less overwhelming. A real light at the end of the tunnel is appearing!

Thank you all for your continued support and assistance! I will be around here for awhile yet and look forward to continue delving into all the knowledge of credit available!

You can see our starting and current scores in my siggy for our progress since we started rebuilding in 3/2020!

@LaHossBoss great up date! Gives some of us reinforcement that working the program (patience) with time does work

@Dinosaur wrote:
@LaHossBossgreat up date! Gives some of us reinforcement that working the program (patience) with time does work

I just realized, I haven't app'd since August. I closed two more cards (the last of the Disco and Cap1 personal cards) was able to sneak a little extra $ out of Macy's Amex.  Now all I have left under $10k is Ebay.....such a stupid goal, but I'm bored at times I suppose.

I know I am late as it is the last days of the month but I wanted to do a quick check-in. So far so good for the month. I was able to pay the final balance left on credit card. I am finally free to focus exclusively on my student loan debt. That leaves me on track for my goal. I am still up in the air on whether I will close an additional card. It seems Walmart Cap 1 is slashing limits. I figure if that happens I may let that one go (depending on how much they CLD). Hopefully everyone is on track for their individual goals! I hope everyone has a great November coming up!


Take the myFICO Fitness Challenge
Message 26 of 26
3 Kudos
† Advertiser Disclosure: The offers that appear on this site are from third party advertisers from whom FICO receives compensation.