myFICO Fitness Challenge 2012 Wrap Up: How Did You Do?

myFICO Fitness Challenge 2012 Wrap Up: How Did You Do?

Hey Challengers! Congrats to everyone who is wrapping up the myFICO Fitness Challenge for  2012. As we gear up for the 2013 Challenge, we at myFICO thought we’d try something new this year and post a wrap up thread for folks to report their successes.

How did you do this year? Did you reach your financial goals? What successes and milestones did you achieve? Here’s the place to give yourself a much-deserved pat on the back, as well as tell us about any important lessons you may have learned along the way.

Additionally, do you have any advice for new folks who will be taking their first myFICO Fitness Challenge in 2013? If so, you can post your wise words here!

We’ll be posting the new myFICO Fitness Challenge thread on January 1st – and we've got some new features in store for you, including optional monthly check-ins to help keep you on track. So get ready to ramp up, and make 2013 the year you take control of your finances and achieve your credit goals! 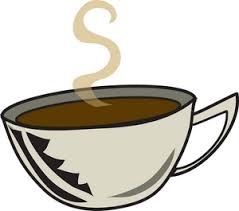 According to the orginal thread, my goal was:

So far in 2012 I've positioned myself to do just that!  Here are some milestones that I accomplished this year:

January:  Got an inaccurate 2010 chargeoff tradeline from Santander deleted from Credit Report, with mortgage broker's help. (The account was purchased by Santander and it was Settled in Full in 2009)

Closed on a new home!!

February:  App spree for new cards, only had 1 credit card at the time.  I picked up: Amex Zync, Chase Amazon Visa, and Amazon store card

March:  Joined NFCU through my husband.  Refinanced my truck, going from 7.5% to 4% interest.  Picked up NFCU Cash Rewards credit card.

April:  Joined the Garden Club and Gardened my heart out!

June:  Researched the judgment from the 2009 auto account that was Settled in Full account from the courthouse and realized that this judgment had been dismissed.

Sent disputes along with copies of the court's dismissal to get the judgment removed.   Removed Judgment from EQ, and TU!

In 2013:  I have several baddies that are due to fall off, including a 90 day late on a WF credit card account, and a 30 day late on a Nissan Motor Account.

I plan to apply for Amex PRG and Amex Lowes in January.  Also flying to Sweden in January to pick up my new car!

Overall:  2012 has been an exceptional year and I have been truly blessed!  (*feel a tear coming on*) I feel as though my 2013 goal of reaching 750 is acheivable if I maintain my accounts correctly, keep utilization low, and allow hard inquiries from this year to age off!  2012 was more about strategy and taking advantage of low rates.  2013 will hopefully be marked by the score jumps that go along with maintaining and gardening

I'm blessed to have the wonderful folks on this forum to rely on for good advice!

My advice to new members as you make and pursue your 2013 goals:  Be realistic in your goal, make it acheivable!   Be persistant in pursuiding your goal, never give up!  Try again if it doesn't work the first time!   Don't lose sight of the $$ that you can be saving, use strategy to make your good credit work for you and save you $$!

Raised my score over 100 points

Got  new CCs for the first time in years!

Made moderator on myFICO!!!!!!

Have been trying to pay it forward.

Learned how to make my credit work for me, and hopefully how to never put myself in the same situation I was before.

Wishing everyone the best of luck and many Happy Dances!

Even though I just joined a few months ago I have learned so much. My score shot up close to 65-70 points. Mostly due to bringing down my utilization from 80% down to below 30%. I applied and got a credit card I have been wanting for years and I also got a Walmart and Victoria Secret card with the shopping cart trick and no HP.
I am happy with what I have accomplished and look forward to spending some time in the Garden while paying down more debt.

One of the things I have learned is patience.. Gardening and working on credit takes time and patience. It will not happen overnight.

copied and pasted from this thread....

feb:apped for chase/citi and cabelas; all denied for not enough revolving accounts

Started working for bank- opened accounts there they pulled my credit, one for openeing account(it's interest bearing) go figure, and then again for a cc app i did for the employee card 500 limit

July was a busy month as well.

macy's in june noticed they started reporting limits. as stated was 100 dollars then it was 2k in june never told me since i get estatements and dont use the account-cli to 3.5k this month

then i was good in the garden for a little over a month and then aug 30th came.

I GOT A NEW CAR

and my last app was amex for the zync- approved

December-Pre approved for a 5k card at work via soft pull.

close smaller limit cards. (kohls(no wiggle room for a cli, dont even really shop there-i actually applied for this because i didnt want my mom to have another card lol(surprised i got approved) , ae(they have a visa version but no rewards whatsoever) , citizens bank(lower limit ones)

so essentialy want to have my zync, costco te, Freedom Visa Sig, My work MC 5k + and an upgrade to wm discover(if only to pc to a discover it(which i know it isnt possible).

im young=21, working, college student. no baddies and planning on buying a house/condo in the next 5 years.

but then again that could all change tommorrow.

I did buy a car in March 2012, but that didn't seem to affect my score.  My pets old vet sold his office and the new staff apparently decided to go through some old books and just present a bunch to collection without checking the files properly.  Apparently they have another customer, with a minor spelling difference in the name, that had a dog that they never paid the vet bill for.  They are charging me for a dog that isn't mine from forever ago.  I called the vet, and my records show that I ALWAYS paid for my services when rendered.  I also told them that I never owned the dog in question, and the address listed for the dog was not mine.  I ask them to contact the collection agency, and she told me NO, that once they were given to collection she couldn't do that.  So, its on my credit report.  How do you prove that you never owned a dog that you are being billed for?  Amazing!!!!  I was a customer of theirs for over 10 years, so I am speechless.  New vet brought in new staff, so I don't know any of them.

Also, my mortgage was bought in 2006 by one of those big multi faceted mortgage trust buyouts.  Deutshe, JPMorgan, Capital, etc.  When I started making my payments they were being sent back to me with another address to mail it to.  I sent payments to Utah, and was told to send them to NC, NC told me to send them to Ohio, etc.  The end result was that by the time I was given the proper address, my check for the three months mortgage payments was returned because they said they had started foreclosure.  I called and explained that I had been mailing checks and they were returned, gave them all of the addresses, etc, and their response was that they were just the servicing company, not the note holder.  I immediately went to an attorney with all of the documentation, thank goodness I kept it.  18 months later we go to mediation and without even asking they lowered my interest rate, removed all the penalties, etc, and I was elated.  Until they didn't follow through with the mediation agreement, and I had no idea how much or where to mail my payments.  After two orders by the court to enforce the mediation agreement, they still did not comply, so we filed a dismissal motion, and it was granted Dec. 2010.  Dismiss with Prejudice due to failing to comply with 2 court orders, and the bank contacting me directly and not through my attorney, happened Jan 2011.  However, now they have refiled another foreclosure, which my attornay has ask to be dismissed.  Nightmare.....but I knew it couldn't be over with the dismiss with prejudice.  Something in my gut just said no one gets a $200K mortgage wiped off the books, even though I did everything I could to correct THEIR mistake with wrong addresses, and willingness to make good on the missed payments, it was a three year nightmare of not knowing if I could keep my house, even though I had never missed a payment.  There are two attorneys as co-counsel on this for free because they said they have never seen anything like this before.  Of course, I have to pay my attorney, but she is still trying to get my legal fees reimbursed from the three year nightmare, which is probably close to $10-$15K.  The dismissal order does say that I can get legal fees, but they never paid them.  If the tables were turned, and I did not comply with court orders, I would be on the street.

Needless to say, I have to deal with the credit bureau's through this, and they would not even remove the previous foreclosure even though it was dismissed with prejudice.  My credit reports looks like I have been dealing with a foreclosure since 2007.  It was not affecting my score as much due to the aging, but the new filing in September 2012 did, and all the effort I made to get my score up vanished.  I thought credit agencies had to remove negative items that were dismissed with prejudice, but apparently not.

I guess I continue into 2013 still fighting the fight, but I am about to throw in the towel.

Well, I got a few prime cards finally and got Amex backdated to 1993 which really helped. And I got one score up to that 800 mark! I can't complain.

Message 10 of 33
0 Kudos
† Advertiser Disclosure: The offers that appear on this site are from third party advertisers from whom FICO receives compensation.