he has 0 credit (ZERO), only had a bank account with WESCOM. I added him on my savor card as an AU and his fico generated at 705 today... he applied for a cap one card that was pre qualified and was denied (says stuff like he has no cc himself, and no balances, few payments).

albeit I just got the savor card less then 6 months ago.. I was going to add him on my Amex plat that's been open forever... will this help him get his first card?. Most pre qualified tools only show secured.. and discover said no offers..

There's a good thread on student cards (https://ficoforums.myfico.com/t5/Credit-Cards/Best-student-credit-card/td-p/6442699) that might be worth reading through; I assume a lot of the options contained aren't relevant post-grad but a few stick out (NFCU?).

They might have to start out with a secured card. Also adding them to an Amex and a charge card at that would do nothing, because:

1. charge cards aren't factored into utilization, so lenders can't see how much credit you utilize.

2. Amex doesn't backdate, meaning they wouldn't get all the history you have. On their report, it would look like a brand new card with zero history. 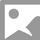 Might have to start off the secured card route,

Where did you get his score?

I believe FICO needs 6 months to truly generate a score

Update: He applied for a WESCOM cc and received a $4k limit based on limited cc history and deposits.

First, I would let his new card report for a month or two then have him add another card, possibly a secured Discover if they do't approve him for a regular card,  with the largest amount he can afford to deposit  ( not sure but i believe the max is $2000).... have him use it, pay it in full before the bill cuts,   (or after at times) but make sure all payments are on time..... it very often graduates in 6 months.

I would also have him open a "self lender" type loan at a local credit union,  they set up an account which reports as a loan... you make a "deposit" each month which reduces the "amount owed"..... but it's like a Holiday club, and you get the funds returned at the end of 12 months (less fees).... so it's like forced savings and greatly helps build credit as well as report as a loan and help the  credit mix.  I would also set this up with the highest amount he can afford to safely deposit monthly... so the lines appear "opened for a larger amount"

he has 0 credit (ZERO), only had a bank account with WESCOM. I added him on my savor card as an AU and his fico generated at 705 today... he applied for a cap one card that was pre qualified and was denied (says stuff like he has no cc himself, and no balances, few payments).

albeit I just got the savor card less then 6 months ago.. I was going to add him on my Amex plat that's been open forever... will this help him get his first card?. Most pre qualified tools only show secured.. and discover said no offers..

My experience might help. Last May, I was empty file, completely unscorable. I applied and got the Capital One Platinum.

It takes 6 months of credit history to become scoreable, but as you noticed AU cards count. I know that as well, because after 5 months of having my first card, I got added as an AU to a family member's card. That was enough to generate a FICO score for me, a month early. My starting FICO scores were considerably higher than your cousin's, ranging from 767 to 784 across the 3 bureaus. The reason is because the card was over 20 years old, so even averaged with my new Platinum, the average age of my accounts was 11 years. That's the difference an old card can make, compared to your young Savor. No, your AmEx Platinum probably wouldn't help. The DPs indicate that AmEx just reports the date they were added as an AU, so it adds nothing to age.

Despite my very solid scores, I was rejected by Chase, and various prequalification tools. That's because the financial institutions didn't just look at my score, they looked at my whole credit profile. And the fact that, even today, I still only have 8 months of personal credit history makes some of them hesitant.

OTOH, with just 6 months of personal credit history, I was immediately approved by Navy Federal, with a very good limit. So it's very much a your mileage may vary situation. The moral here is that despite the score boost, your cousin is very new to credit, and should be considering starter cards, or cards from a financial institution that's known to be more forgiving.

If your cousin qualifies for membership (even a dead grandpa who was a vet counts), they might be able to get a real card from Navy Federal, like the Cash or More Rewards. Otherwise, try the Discover prequalification tool. The Discover It seems to be a nice card, and Discover likes thin/young profiles. The Capital One Platinum isn't a bad choice, but just be aware they're terrible about increasing SLs. Mine is still stuck at $300, so it's going to end up sockdrawered. If your cousin is a student, there are many good student cards. There are a bunch of fintech cards aimed at people with no traditional credit as well, but I don't know a lot about them.

Go with a card with no annual fees. Age matters, so the first couple cards should be a forever cards. Look for cards with upgrade paths, and that includes the ability to product change them (if they start without rewards), but also CLIs. Your cousin probably doesn't need to start with a secured card.

Message 10 of 15
1 Kudo
Reply
† Advertiser Disclosure: The offers that appear on this site are from third party advertisers from whom FICO receives compensation.