So just off the strength of my successful acquisition of the NFCU More Rewards at $25k I was ready to go into the garden in preparation to complete the NFCU trifecta (Flagship) in the fall or early 2021. But No! The game keeps calling me back! lol. I really wanted to chill but I felt like I had another card or two in me before finding some relaxation.

Long story short I come across all these large SL approvals for SECU in the thread and I live in MD so logically I had to try my hand. During the same search I see that Penfed, a beloved CU around here, isn't doing HPs anymore for membership. Looking at my Equifax I only had 2 HPs from last year and a little bit of breathing room. The stars are aligned!

I opened both accounts with no problem but still hesitated to apply for CCs. Finally made the decision to go for the Visa Signature (SECU) and the Visa Power Cash Rewards (Penfed).

-I literally pulled both pages up on separate laptops and pressed the buttons at the same time. Both cards went into review.

-An Equifax HP for SECU hit immediately, however the EQ HP for Penfed didn't hit until the next day.

-SECU immediately "pre-approved" my $15,000 request and said they would be in touch shortly to complete the loan or I could call in to finalize. Me being excited tried calling in and it was impossible to get through. I'd literally call then they would just basically hang up on me smh. I applied on a Monday and called the rest of the week and couldn't get through. Customer Service is a nightmare right now. 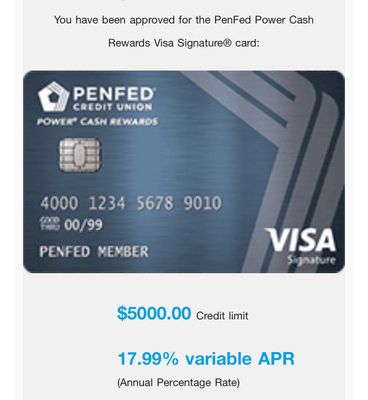 -A day after the Penfed approval rolled in they showed me my EQ FICO 9 score of 785. Which came as a surpise. Thought my SL would be higher but I'm not complaining.

The icing on the cake.

Shoutout to @Gmood1 for answering all my SECU questions and giving guidance on the double dip.

A whole week later I was able to finally get through to SECU to finalize the credit card. While speaking to customer service I told him I wanted a PLOC as long as it was on the same HP as my CC. The rep put the application in on the spot. No requests for docs or anything.

-One day later I got a call saying that I was "pre-approved" (which apparently means approved in SECU terms) for the $10,000 PLOC that I requested. I sent in a picture of my Driver's License and Docusigned what they sent over. The PLOC was reflected in my account same day. 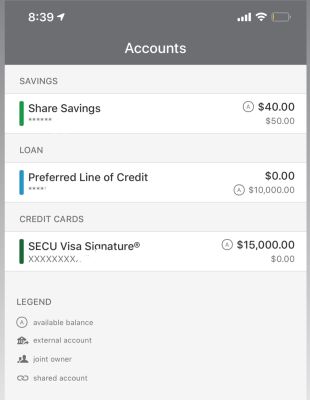 Combined with other cards from this year:

Fortune Favors The Bold. Should I keep going or is it time to hit the garden for while?

Welcome to the SECU family, fellow Marylander ! SECU is quite generous!

I'd go for Amex cards, you may even be able to see solid APRs on business cards which is a good sign.

@AllZero wrote:
Congratulations on your approvals!

Congrats on the approvals!!!

"It's true hard work never killed anybody, but I figure, why take the chance?"

Welcome to the SECU family, fellow Marylander ! SECU is quite generous!

I'd go for Amex cards, you may even be able to see solid APRs on business cards which is a good sign.

Feels good to be part of the fam!

AMEX is high on my list but they've been playing around. I've been denied a CLI on my business card twice. It's got me kinda shook to apply for a personal card honestly lol. My credit score just went way up recently on their app but still no pre-approval offers. We'll see! I definitely wanna give them some time.

The apple card just seems like a cool addition. I've heard the card itself is trash as far as benefits. But it seems like there's some perks to buying Apple products if you have the card which I could benefit from. Still gonna think on it.

Congrats on the approvals!!!

I really enjoyed reading your approvals. What an amazing run!

I have to give you the "Never scared award"!   Glad to see you faced your fear of denial and came out victorious!!!😎

Funny, I received a call today from SECU.

I submitted a ratings review they bugged me about over the weekend.

Well a fella called me today and wanted to know why I gave them certain ratings.

I let him know it wasn't the loan department. They were excellent to deal with!

Their website and phone app are really snappy as well!

Even with the rough start I had with them. I can already tell, I'll be looking to use them in the future.

Hopefully when this Covid passes.

The customer service will get better.

You've landed several great CUs and Banks!! Congratulations again on your success!

Congratulations on your PenFed and SECU approvals!

Congrats on your recent approvals!! Great run there! 😉

Starting FICO08 Scores 2016 All in the mid 500’s
Current FICO08 Scores July 2020 (TU 757) (EQ 749) (EXP 740)
$600k+ Tradelines in progress
“The credit is no longer bruised, it has endured the test of time” (formally know as bruisedcredit)
Message 10 of 37
3 Kudos
Reply
† Advertiser Disclosure: The offers that appear on this site are from third party advertisers from whom FICO receives compensation.