Applied for CSP a couple weeks ago, recently got a letter that they needed to verify some information - Spoke to a rep who transferred me to the fraud department and asked a few questions (fraud alert on file) got the welcome email a few days later, checked chase.com and there it was with a monster $16900 SL.

They pulled Experian which was around 720 at the time i applied, 3 inquiries 3 new accounts in the last 6 months otherwise everything was clean and utilization was at about 7%. I'm 27 with a 85k income.

Pretty happy to have my foot in the door with Chase.

A week later i figured I'd pull the trigger on that Altitude card I've been wanting.

So I put in the application, got the 7-10 day message, a few days later I called in and the robolady said she's sorry she couldnt find my application and transferred me to a rep who transferred me to another rep in the verification dept. (also the fraud alert) answered a few questions and they said they'll get back to me in writing within a week. got the approval email this morning at another monster $22000 SL.

They also pulled experian, same report with an extra inquiry from Chase, I have a couple checking accounts with US Bank and a Amex 365 credit card with them aswell (infamous $500 SL), Called underwriting and asked if they could use that same pull for a CLI and was told to wait for a response, upon checking my online portal a day later I saw the Altitude reserve on my account and a nice $3000 on my 365.

My only other two cards are an American Express Tradational Green card (Downgrade after hitting bonus on Gold) and a $1000 Cash Magnet from Amex.

This is my first post, Thanks to everyone who posts here as I've been lurking for a year and it has been helpful to say the least.

Will be gardening for a while now, those 5 cards in the past 6 months are pretty much what I wanted and I don't want to push my luck with shutdowns or financial reviews.

Congratulations on your approvals! 👍

Welcome To myFICO Forums and

Congrats on your two cards!
You'll love the CSP, and i've thought about getting the Altitude Reserve also!

Congratulations on some record approvals.

Great work and congrats on the approvals!!

This is my first post, Thanks to everyone who posts here as I've been lurking for a year

Welcome (out of the shadows) to the My Fico community!

And congratulations on two awesome approvals for your profile DPs! 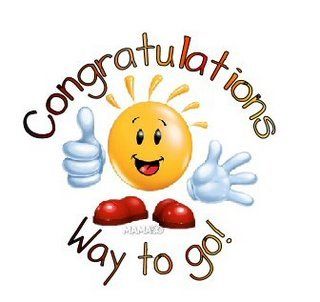 Message 10 of 18
3 Kudos
† Advertiser Disclosure: The offers that appear on this site are from third party advertisers from whom FICO receives compensation.