Hello all! I would like to provide some info on the saga of having my Nordstrom Visa become unrestricted since the restriction was put in place Friday. Originally I had no idea my card was restricted, only a blocked inquiry attempt from Nordstrom on EX after having the card for a year already. Well Sunday rolled around and I tried to use my card, it was instantly declined. After calling customer service the very nice rep told me my account was restricted with no estiamtion of completetion and no further details but someone would reach out with more info.

The reason I have this Nordstrom card is becasue Nordstrom customer service is some of the best in business and this incident reinstated that fact in my mind. After the disappointing phone call with no real info from the original rep, I emailed the CEO, Mr. Nordstrom (I have had great success doing this inthe past for non-credit related store issues) Within 3 hours I had an email back from him looping in two executives from their credit dept and was told it would handled promptly. At the end of the day yesterday I was getting a call from an Unknown number. It was Nordstrom!

The rep on the phone basically told me they needed to review my credit profile with a hard pull and only then will it be unlocked. No other explanation, no reason why, that was it. I told her fine and I would unlock my credit. The pull was supposed to take place this morning.

The whole needing another hard pull to review my credit, even though I have paid over 12k to Nordstrom in the past two months alone blew my mind and did not sit well with me over the night. 3AM rolled around and I fired off a disgruntled but still very professional email to Mr. Nordstrom again, this time detailing the conversation and how none of my other lenders have ever done a hard pull just to "review the account" especially after a year of using the card, never going over 60%, giving them a few months interest, then paying off in full. I also stated that if the hard pull was necassary I would no longer be supporting Nordstrom and would have to resort to my Chase and NFCU cards after paying my Nordstrom balance and closing the account.

Well low and behold, This morning I had two missed unknown calls. The voicemail basically said, My account is good to go sorry for the hassle, if any other problems please call ______ at ____ anytime!

I am so impressed this situation was able to get handled without closing my account. My loyalty with Nordstrom remains strong!

Glad to hear it is resolved.

If you posted on this previously, I'm sure it was THOROUGHLY hashed out in another thread... but this just *SOUNDS* like TD being screwy - like some group at TD shifting some policy and trying to tighten down underwriting, reduce risk, etc... and just poorly implemented. (TD bought a local bank here, and I now avoid them like the plague... I have very little love for them... if they didn't issue my Target card, wouldn't do anything with them)

Again - glad to hear it is resolved.

I'm gonna go ahead and go out on a limb and say the $12k you spent in 2 months while everyone else has cut back spending, is what flagged your account.

Did anyone else initially read the post thinking that "Mr. Nordstrom" were a euphemism?

But, Erik Nordstrom is in fact the CEO and the story does make sense because it would be hard to buy that kind of advertising.

Well it's kinda mixed feeling IMHO. On the one hand they shouldn't be HP'ing you just to see if they can keep your acct open but on the other hand, that's much better than pulling a Sync, citi or Chase and just shutting you down without notice! 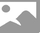 The whole needing another hard pull to review my credit, even though I have paid over 12k to Nordstrom in the past two months alone blew my mind and did not sit well with me over the night.

I also stated that if the hard pull was necassary I would no longer be supporting Nordstrom and would have to resort to my Chase and NFCU cards after paying my Nordstrom balance and closing the account.

Congrats getting it reinstated.  Are you considering calling them back and asking why they felt the need? HP, AR...all that good stuff?  Without fully knowing I'd be worried that whatever triggered this could happen again, perhaps?  I'd hate for them to hp you ramdonly from here on out or even just once more....would make me cut up the card or close it?  Also, I'd want to know if they suspected fraud?  I'd just want to know the reason behind this before making anymore large purchases.

This is fairly typical spending for this card. It's my highest limit and I love getting the 20$ gift cards so I put all my monthly expenses on it

I worked at Nordstrom right when I turned 18. One of the things they made sure to let you know was, The Nordstrom family is very very involved in day to day business. Like I said I have emailed him various times over the years and I always get a response within the day

They could not provide me any valid reason. When I emailed The ceo, even he started the email off with "this is strange"

They could not provide me any valid reason. When I emailed The ceo, even he started the email off with "this is strange"

I'd email him back and ask him if he could get to the bottom of it....first I'd return those missed calls and if you didn't get an answer that reassured you then I'd shoot him an email or call.  Idk, it's a little unnerving to be treated like "somethings up" with either you or your account.  Let's have a playbook then....I only say that because you have connections and might be able to be enlightened.  Nothing wrong with that, you wanna play in their sandbox, need to know what's changed; if any.

Message 10 of 11
0 Kudos
Reply
† Advertiser Disclosure: The offers that appear on this site are from third party advertisers from whom FICO receives compensation.