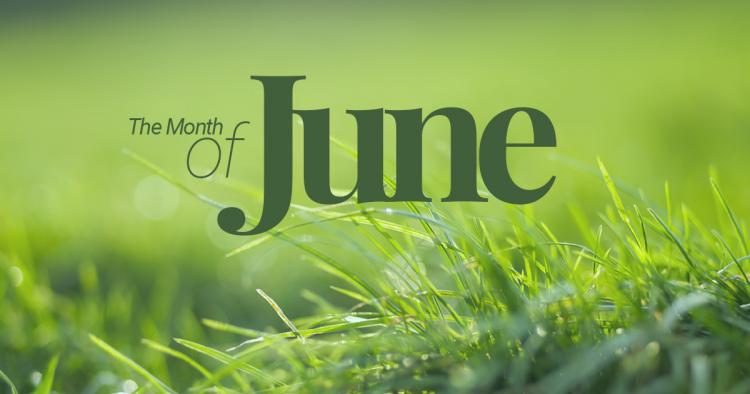 As a reminder, participation in these monthly checkins is optional, but encouraged. The goal is to help keep you on track, so feel free to post your progress updates here. This is a judgement free zone. Feel free to say what's keeping you up at night or give yourself a kudo for having it all together.

Its time to pay attention to paying off the rest of my home improvements. Scores have remained solid but, owing money weighs on my mind! Looked at my Annual Credit Report and know that I will loose my oldest account which will be dropping off and my AAoA will be hit by the lose of six years and that will hurt. As other posters have said before, 720 to the 740 Fico Scores are enough to obtain good credit products and in truth, I am in the Garden so it really will not impact me. It is more in my head. Well, have a good June 2019

I am gardening until at least October 2020. In the meantime, my scores are hovering around 720-730, held down by four major delinquencies that will age off my reports by September 2020. I'm not expecting large gains until then, but breaking 740 would be a morale boost. I did some damage by adding new accounts last month, but the impact was only a few points. I'm hoping that by keeping my reported balances low and letting my accounts age, I'll crack 740 by the end of the year, when AoYA hits 6 months. AoOA and AAoA are adequate. Longer term goals: I'll need to replace my car in 3-5 years, and I will probably buy a house around the same time.

Happy June! 🙋🏽‍♀️
What a month! Last day of work was this week. Officially laid-off. Gearing up for a move.
Scores tanked a bit in the past couple of weeks by about 30 points 🥴.
The BBVA that I accepted in April finally hit my reports last week and so I took a hit.
@Revelate mentioned in last month's thread having the same thing happen when app'ing and that the points come back around month 3.
I think that I also lost some points because when BBVA reported, it kicked me out of AZEO along with Discover posting a day or two out of sequence due to graduation (yay me! I graduated in May! 😁).
Hoping to recover some AZEO-inflated scores in June and just garden.
No more apps for me until the end of the year..
I'll post my June scores around the 5th.

@XtraCredit... you are on top of your credit! As to be laid off that really hurts. Happened to me more than a couple of times and finding work and relocating is hard on the financials (as you well know). Wish you the best as you seek new opportunities

Thanks @Dinosaur!
I'm feeling okay about the lay-off. The culture was becoming rancid. And the move should be good because it's back to an area that I want to be in.
The only not-so-great part is the actual move itself. I freaking hate deep cleaning and packing on a time table.
I am getting a severance package and have a couple of small emergency accounts to help me float until I get settled in.
Our team was given 60 days notice of our impending layoffs, so I had a little time to paste together a plan. I wasn't forced to move, thankfully, but the timing was opportune because of the influx of cash from the severance and the time on my hands because of lack of employment.
I'll have to budget really tightly but meh. All in all it is what it is.
Also, if one is going to be laid-off then Summer is the best time. 😎🌞

This is a huge month for me (us w/hubby)...
Our 10 year BK journey is over as it is completely off all of our CRs!  I saw a 62 pt increase on EQ today.  I still plan to hold firm for no apps making my next one a mortgage app.

I've been working on cleaning up my husbands file since he needs the help the most.  While I'm literally kissing the 800's,  he is around the 620 range.  I'm pretty proud of raising his score 200pts in under a year by cleaning up what I could.  Where it's at now I feel EE would be a bigger headache so just going to let the things age off naturally for him.

We decided to not rebuild by establishing credit right after our BK.  We took time to understand budgeting and finances.  Having kids that need things will always derail the best well-planned budget.  Having to adjust it over the years taught us flexibility and to categorize wants vrs needs.

The goal is to keep saving for a mortgage and improve scores.

UNpopular opinions have served me well and will offer that which has worked for me.
Message 7 of 40
8 Kudos
Highlighted

Happy June to you All.

Yesterday I added my Bronze back....been good for a smidge and then last night, while ordering some parts for the RV, up pops a preapproval for a Rewards Visa or a Visa Signature and I declined.  In the past the pop up would be for the store card....It was hard to not jump on it, still bothers me now. (Darn dangling carrot)

Hope everyone's scores hang on or improve.  Mine have been so "touchy" the past 3 months and I know why....app'ing.  So recently Experian has reported a few extra points here and there. But it's still up and down, up and down...hopeing the trend stops. I don't know why I got 5pts. today but I'll take it. Experian is my meanest and strickest score.

My newest Cap1 card from end of April still has not reported, fingers crossed on what that will do.

"America was not built on fear. America was built on courage, on imagination and an unbeatable determination to do the job at hand." --Harry S Truman

"The future doesn't belong to the fainthearted; it belongs to the brave." - Ronald Reagan

“Nothing in life is to be feared, it is only to be understood. Now is the time to understand more, so that we may fear less.”
— Marie Curie
Message 8 of 40
7 Kudos
Highlighted

Way to fight the temptation!

Ah June, wasn't expecting any movement in my scores, and didn't get any either as of this morning on EX anyway.  I might see a bump in July at least since looks like a AOYA of 3 months might be a boundary on FICO 8, know I dropped 20+ points with that ninja-reported Citi card that I can't explain otherwise unless there's a short time boundary in there which might be based on @CassieCard's data.

Picked up my Bronze spade a few days ago (4/28 is my last app date) and I'm back to staying clean as trying to keep myself in a good spot for another mortgage if I need it... seriously doing the math on buying a flophouse in the Bay Area if I keep having to travel up there regularly without getting reimbursed for expenses: just suboptimally spent money currently that could be working harder for me.

Took another chunk out of my auto loan, third gig ended so there's not as much money sloshing around this month so decent chance will be proceeding more leisurely since trying to continue investing on the down swings in the market.  Ah well, I'll figure it out haha, in a good spot both with credit and finances currently so just holding pat.

Message 10 of 40
7 Kudos
† Advertiser Disclosure: The offers that appear on this site are from third party advertisers from whom FICO receives compensation.