CLI approved on my power cash

upgrades to VIsa Signature at 5k

CLI approved on my power cash

upgrades to VIsa Signature at 5k

Congratulations on your PCR CLI! 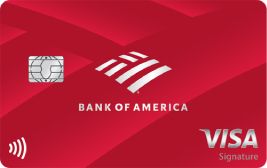 Congratulations on your secured BoA approval!

I did get approved for the BofA 99/500
Had to call to recon and send to a manager for an override.

Called after I applied last monday.    Was told it was sent for override.  Followed up 4 days later... spoke to another rep who looked up the notes... said he would email the rep handling my file...  week later no response..

I called back and spoke to another rep same thing... this time they were able to send to a manager as i waited on the phone and approve it.

Changed the denial  status on the website to approved.

They drafted the $99 security deposit already.

Hope to have it to 10K by next year this time.